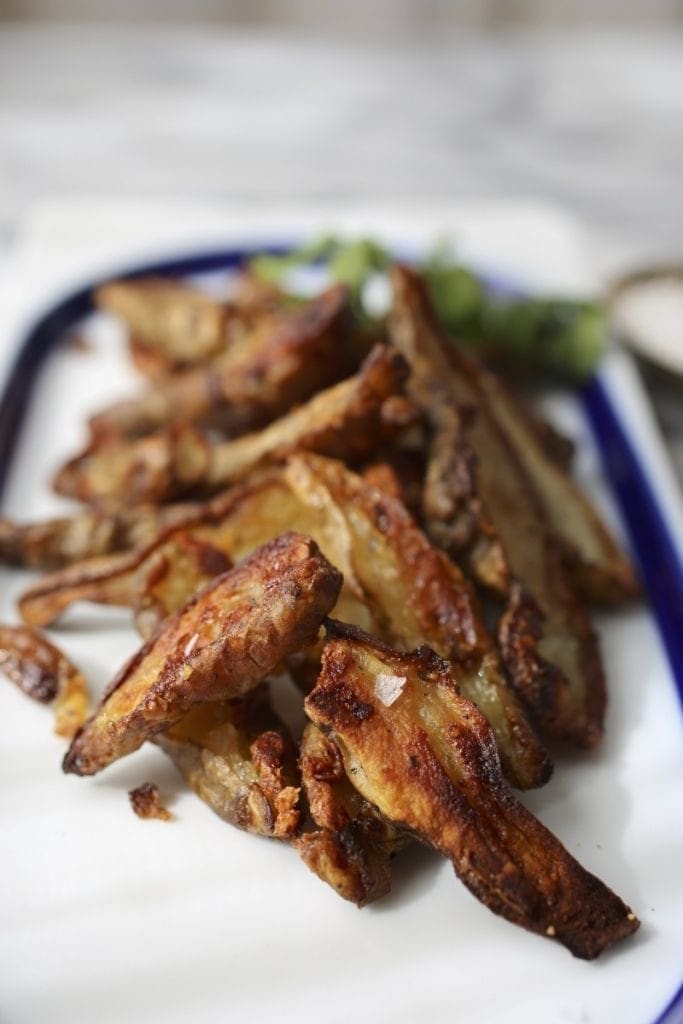 Roasted sunchokes (also called Jerusalem Artichokes) make a fantastic side dish. They’re creamy on the inside with crispy edges and a mild, nutty flavor. They also happen to be packed with vitamins.

A couple of weeks ago, Matt’s sister Hayli got us tickets to see Asaf Avidan at Irving Plaza (quick aside: along with The Ritz and CBGB, Irving Plaza was the place to see hardcore, punk and ska bands when I was in high school. To this day, it still feels wrong to be in there without a mohawk and zebra-print creepers on.)

Anyhoozle, the show was great fun (thanks Hayli!) and since we stayed around Union Square, we got to walk around the Greenmarket before we headed back on the train. (I love living in Beacon, but I do miss that damn market. Seriously, there is nothing else like it). Since we were wandering, we didn’t really want to carry loads of stuff but I just couldn’t resist picking up some sunchokes, which are in season right now. 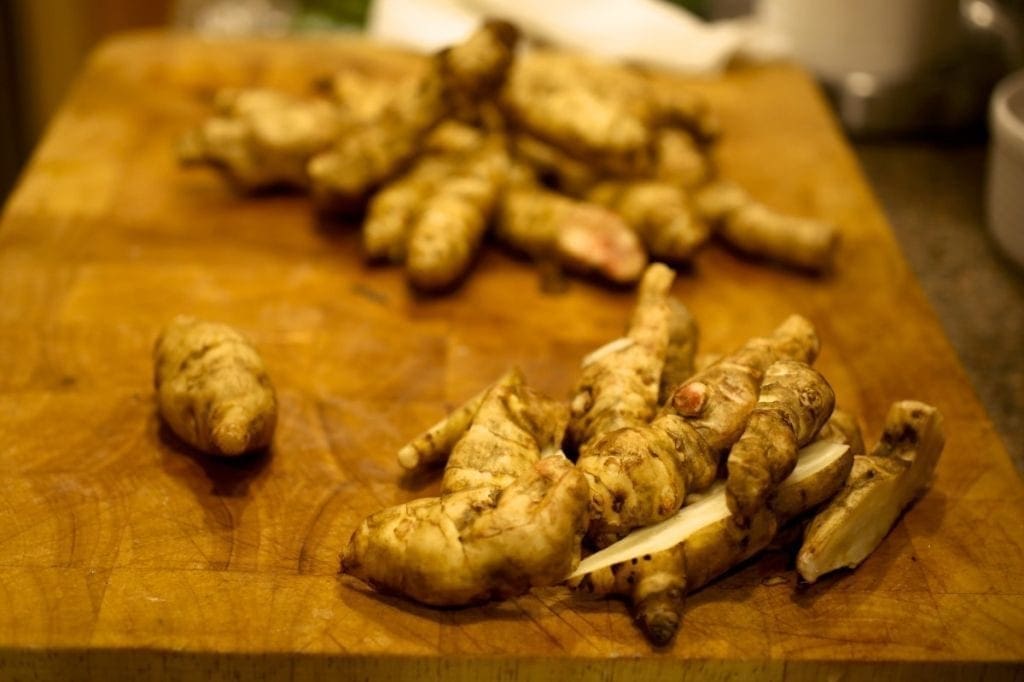 Now you may be saying to yourself “Hmm, that looks suspiciously like the grizzled, terrifying hunk of old ginger I found hiding behind my refrigerator when I moved last year.” And it’s true that these aren’t the most attractive vegetable in Earth’s garden of delights but we wouldn’t let a trivial thing like that stop us from enjoying something so delicious, would we? Good answer.

Sunchokes are also known as Jerusalem Artichokes for some reason (they are neither from Jerusalem, nor are they related to artichokes. Go figure, but they are part of the sunflower family so that at least makes some sort of sense.) Whatever you like to call them, they have a lovely nutty flavor which some people say reminds them of water chestnuts.

Roasted sunchokes are very rich in inulin (a carbohydrate linked with good intestinal health due to its bacteria promoting properties), vitamin C, phosphorus and potassium and are a very good source of iron. They do, however, have one small… um… issue.  They are fondly referred to as “fartichokes” for their gas producing abilities. I, personally, being a dainty little flower, have never experienced this effect from them but I’ve heard (ha!) stories of others (cough*Matt*cough) suffering from side (uh, bottom) effects. My advice is, cook them thoroughly, and if it’s for a first date, make potatoes.