Pasta With Butternut Squash and Bacon

Down side: Polar Vortex Episode 2 (The Revenge of  Polar Vortex) will not go away and this latest storm dumped another FOOT of snow on us. We had a burst pipe, a flooded (frozen) basement and our street looks like a luge track from Sochi.

Up side: Pasta with a creamy, bacony sauce and lots of butternut squash! 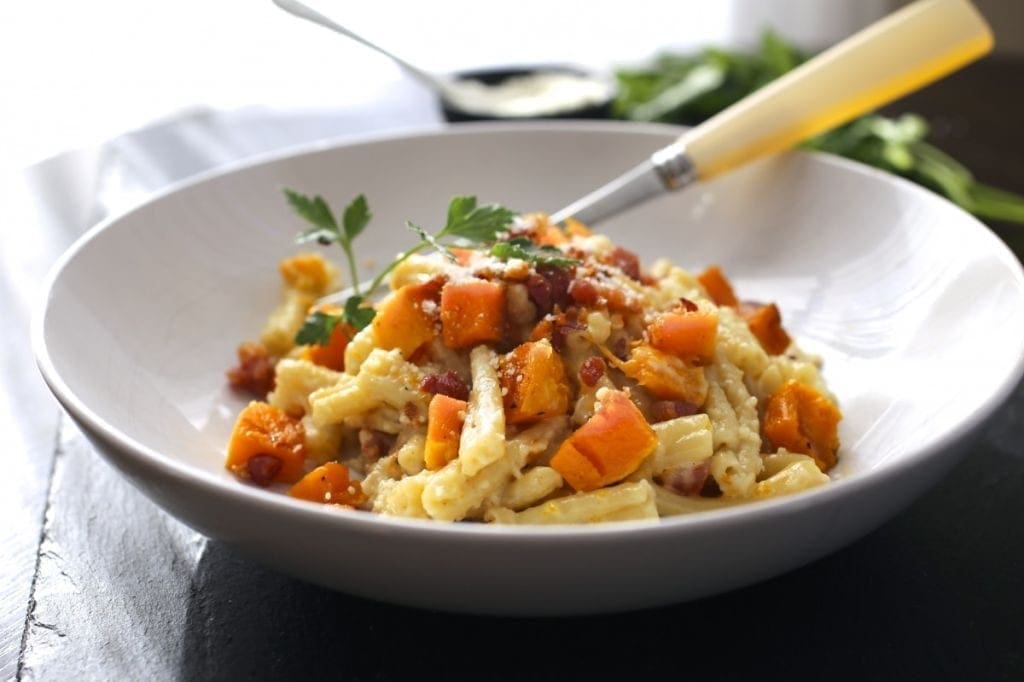 Okay, down-side wins but since winter refuses to behave, at least make some yummy, cozy dishes while it’s still frigging freezing out.

I’ve mentioned before how much I adore butternut squash so when I saw Melissa Clark’s recipe for pasta with parsnips, I decided to adapt it.  I’ve made a few changes (other than substituting the main vegetable, obviously). I used shallots instead of leeks because I just like them and always have them on hand. I also added a little bit of garlic and chili flakes.

The result is delicious. A little smoky from the bacon, sweet from the butternut squash. Yum. 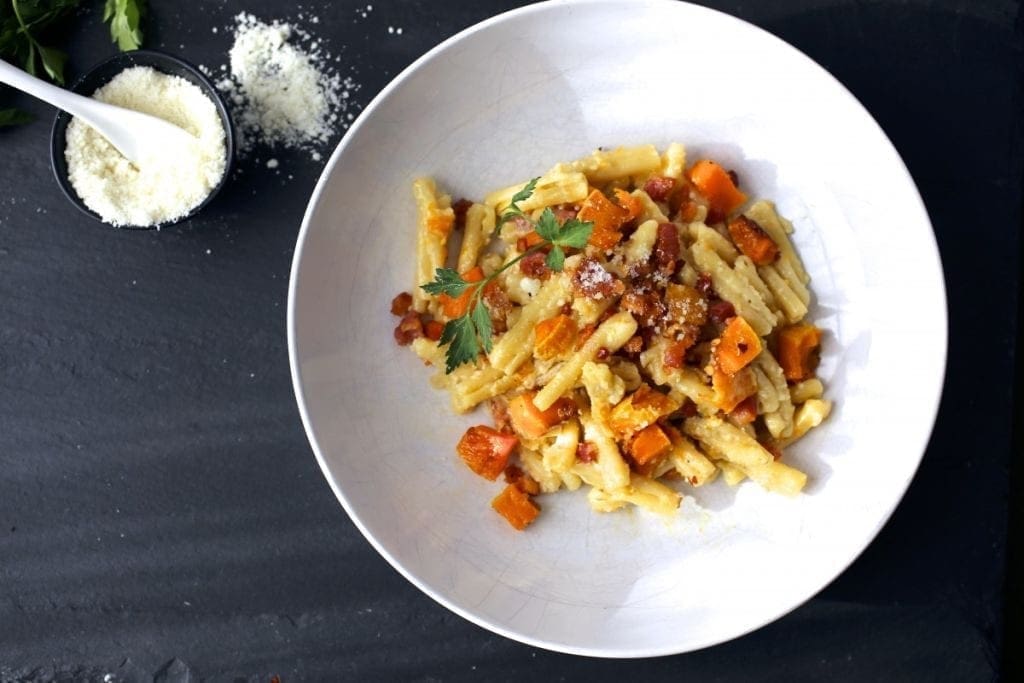 Pasta With Butternut Squash and Bacon 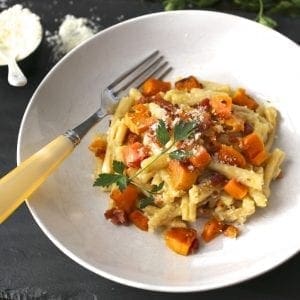