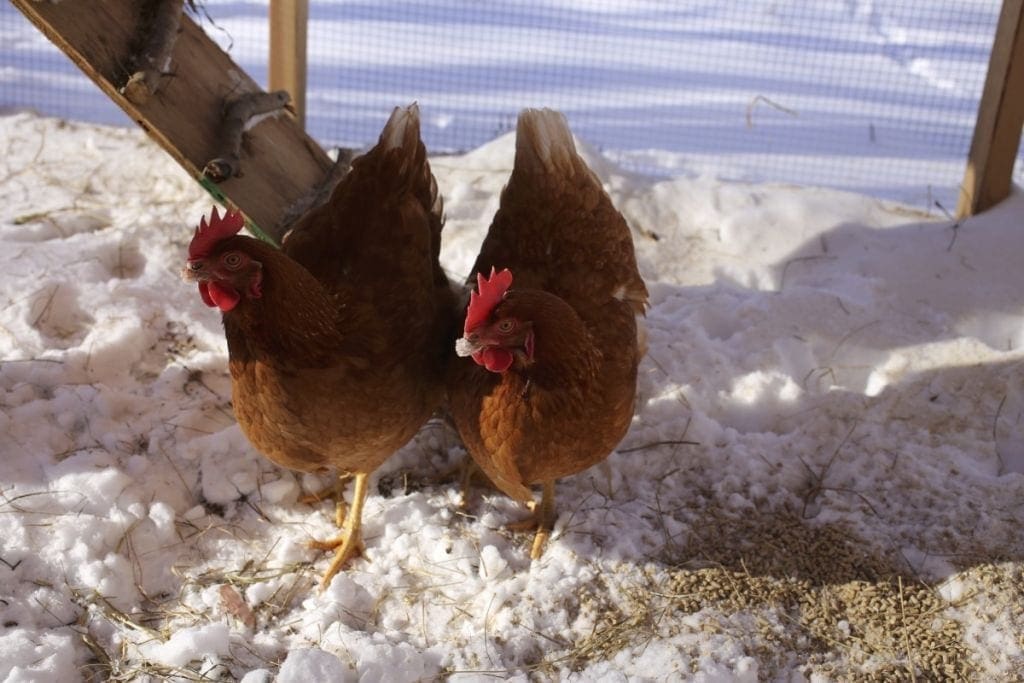 A lot of people have been asking me how our chickens have been coping with the winter weather. To be honest, I had been a little worried about keeping them safe through the cold months. We’re not exactly Minnesota, but we do get snowy winters. Last year the snow didn’t seem to stop coming until April. 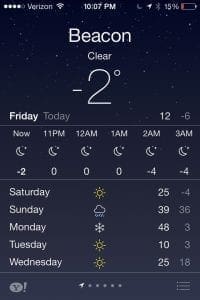 And as for this week … yes, it has been cold (see left). The current cold snap may be an outlier, but it’s still a serious threat to your health if you spend too long outside in it. I was half-inclined to make the chickens a little winter palace in the basement, but to be honest, they wouldn’t be that much better off inside.

The house we’re renting is, let’s say, insulation-ally challenged. The old half of the house has new windows, but cold floors. The new half has old, draughty windows and inefficient baseboard heaters. When it reached -5F last week, it was simply impossible to keep the ground floor heated. Both the cold AND the hot taps in the kitchen, as well as the pipes to dishwasher and washing machine, froze up. We rounded up every blanket in the house and kept ourselves warm with maple syrup old-fashioneds.

And the chickens? Well, they’re just fine.  Last Autumn I bought a couple of pieces of sheet insulation, cut it to size and inserted it between the outer panelling and the plywood interiors of the henhouse. Although there’s ventilation above the henhouse, the walls are pretty wind-proof. I hung a remote thermometer inside the coop, which tells us just how cold they are (as we’re huddling under our blankets and sipping bourbon).

One of the most important keys to keeping them healthy in the cold is preventing their water from freezing. Originally, I had set up a simple plastic waterer raised up on pieces of 2×4. As an initial solution, that worked okay, except that it got dirty (straw and poop) very quickly and had to be cleaned and re-filled on a regular basis. And in the first freeze (November), it quickly iced up. So I needed another solution.

You can see the new watering system in the picture below. It’s a standard 5-gallon plastic bucket, with holes drilled in the base and four or five poultry nipples inserted into the holes wrapped in a little thread tape. The nipples are red, which is attractive to the chickens. That keeps the water clean, and means I don’t have to refill it more than once every couple of weeks. To avoid freezing, I installed a de-ice unit inside the bucket, which is connected to power and automatically activates when the temperature hits 32F. The instructions mentioned driving a ground stake, but since the coop netting is buried anyway, I ran a ground cable to that instead. 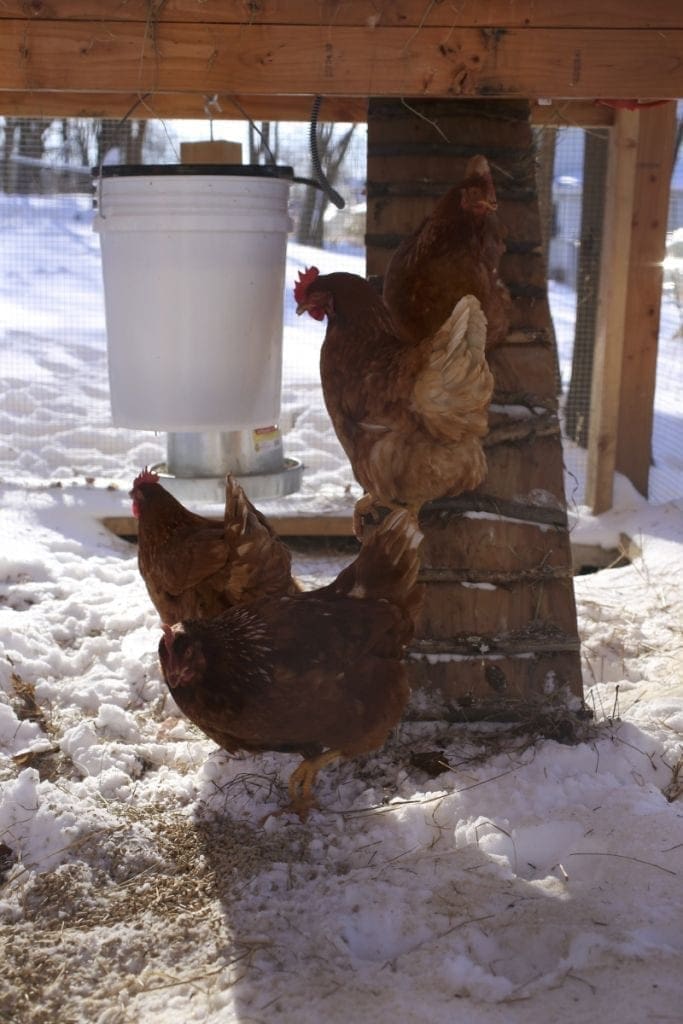 (At this point I should plug our local chicken association, which fought to continue allowing running power to a chicken coop, which the original city proposal would have banned, making it very difficult to keep unfrozen water available during winter months.)

You can’t see it under the snow right now, but I also moved most of our leaf/compost pile into the coop. Keeping compost has been something of a struggle. It’s like … you know that logic game where  you have a fox and a chicken and grain, and you have to cross a river, and you can only take two things at a time, and you have to keep the fox away from the chicken, and the chicken away from the grain? We play a version of that game pretty much every day, except one of the things is Arya, and the other thing is everything else, especially things that smell a bit like poo, and especially things that might be hazardous to her health, and a big old compost pile seems to tick all her boxes, to be quite frank. Combining the leaf pile with the coop makes it a little easier to keep her out of it, and also lets the birds scratch around, eat scraps, and turn the compost.

So, yes, they’re doing okay. We still get a couple of eggs most days from the four of them; they come out of the henhouse a few times a day to feed, and they seem happy enough spending the rest of their time in the shelter.

They don’t get old-fashioneds, though. They’re not that kind of chicken.