Shrimp and grits is a Southern standard which we in the Northeast are delighted to adopt. We tossed crispy shrimp with spicy, buttery buffalo sauce, and cooked up corn grits with plenty of salty, crumbly blue cheese. A match made in heaven! (Well, South Carolina and New York.)

We’ll admit it: we don’t get out of New York State very often. Our combined day jobs and blogging responsibilities have us tied down to the homestead most of the year, and, let’s face it, NY is so damned big, and we’re barely halfway up the Hudson, so it takes half a day’s drive to get anywhere that’s not here. We do jaunt across to Connecticut every couple of months to do a warehouse shop run and marvel at their exotic blue highway signs before coming straight back, but that’s about it. A couple of winters ago, we made a concerted effort to break free of our routine, and almost at random decided to drive down to Maryland. It was there that we fell in love with (a non-traditional version of) shrimp and grits.

Twenty years ago, as a fresh-faced Kentish lad, I would have had no idea about “hominy grits”. I probably had come across the phrase — in William Faulkner or the like — but never took the trouble to find out what either hominy or grits actually were. My first grits experience came with Emily at the Tribeca brunch spot Bubby’s, where we would hang out with a group of friends over coffee and revel in the high-end diner experience. As part of the breakfast menu, they served up tasty cheese grits in cute little ramekins.

Grits themselves are very plain and served by themselves (what’s up, Cracker Barrel) are literally just coarse pablum. The cooking process doesn’t create any crispy fond, so the texture doesn’t add much interest either. But here’s the thing – add a salty, creamy cohort like blue cheese, and you’re elevating it to co-star status.

Shrimp and grits, as a Southern tradition, can be found on the breakfast menu, but on our time off in Chesapeake Bay, our restaurant offered them as an appetizer: Two large tempura fried shrimp, drizzled with a spicy, vinegary sauce, perched on a spoonful of creamy cornmeal. We ordered several. The phrase essentially became the Netflix-and-chill euphemism for staying at the hotel for the evening. “Shall we go out and find another restaurant, or stay for the shrimp and grits?” (Yes, we stayed.)

Our adaptation of shrimp and grits

We decided to simplify the method and turn the dish into a satisfying main course: Crispy, pan-fried shrimp, coated with buttery, spicy Buffalo sauce, served on a bed of ultra-creamy grits, speckled with good blue cheese. Sounds good, right? Well, it tastes even better.

In terms of preparation, there’s no difference between grits and polenta. Of course using “quick-cooking” grits will get dinner on the table faster, the slow-cooking variety really does have so much more sweet corn flavor so that’s what we recommend. Look for coarse yellow cornmeal, stone-ground if you can get it (we usually like Wild Hive, but this time around used Farmer Ground Flour polenta; both are recommended organic New York mills), and add it to the simmering liquid (a mix of whole milk and chicken or vegetable stock). Cook and stir until the grains are soft (up to an hour, but 40-45 minutes is usual), adding liquid if needed. Take it off the heat and stir in the cheeses – mascarpone for a little sweetness and cream, and a crumbly blue cheese to add the salty kick.

The shrimp are even easier: cook up the buffalo sauce. We add garlic and a little honey to the traditional combination of hot sauce and butter. It takes just a couple of minutes to put together and it’s so tasty. Keep it warm while you cook the shrimp or quickly re-heat it when you’re ready.

We took the extra step of brining the shrimp beforehand in a baking soda and salt mix. This is a technique we adopted from Serious Eats, and we’ve done something similar with small cuts of pork: the combination ensures moisture remains during the cooking process, and as the pieces are on the small side, we need to minimize the risk of the shrimp getting tough or rubbery. In fact, the shrimp that were available the day we cooked this were on the small side, so brining them helped to ensure that they stayed the perfect, crisp texture. When you shop for shrimp for this recipe, we recommend you go for large or extra large (U26-35), though any size will work, just adjust the cooking time to the size you have.

We dredged the shrimp in a mix of all-purpose flour and rice flour before shallow frying them, which gives them a delicate, crisp crust. Not too thick, but enough to hold on to the sauce. You could use all rice flour if you wanted to keep this gluten-free, or mix flour with corn starch instead if you don’t have rice flour. The shrimp will only take a minute or two per side, so be careful not to over cook them. Basically if they’re pink and curled, they’re done. Once they’re cooked, add them to a bowl and gently toss them with a few spoonfuls of the Buffalo sauce.

Add some grits to individual bowls (or a large serving bowl, like we did), top it with the shrimp, some more crumbled blue cheese and a a few chopped scallions. Drizzle extra sauce over the whole thing and dig in!

For the Blue Cheese Grits:

For the Crispy Buffalo Shrimp

To make the grits:

To make the shrimp: 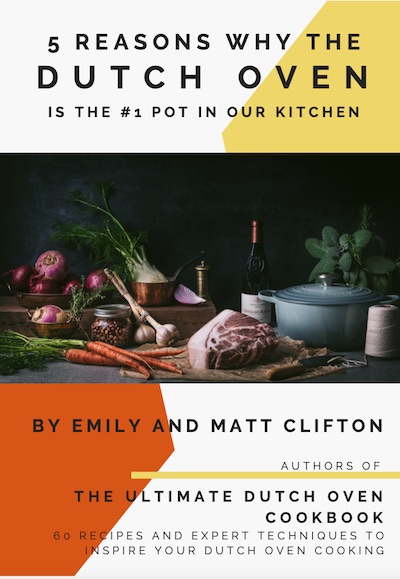