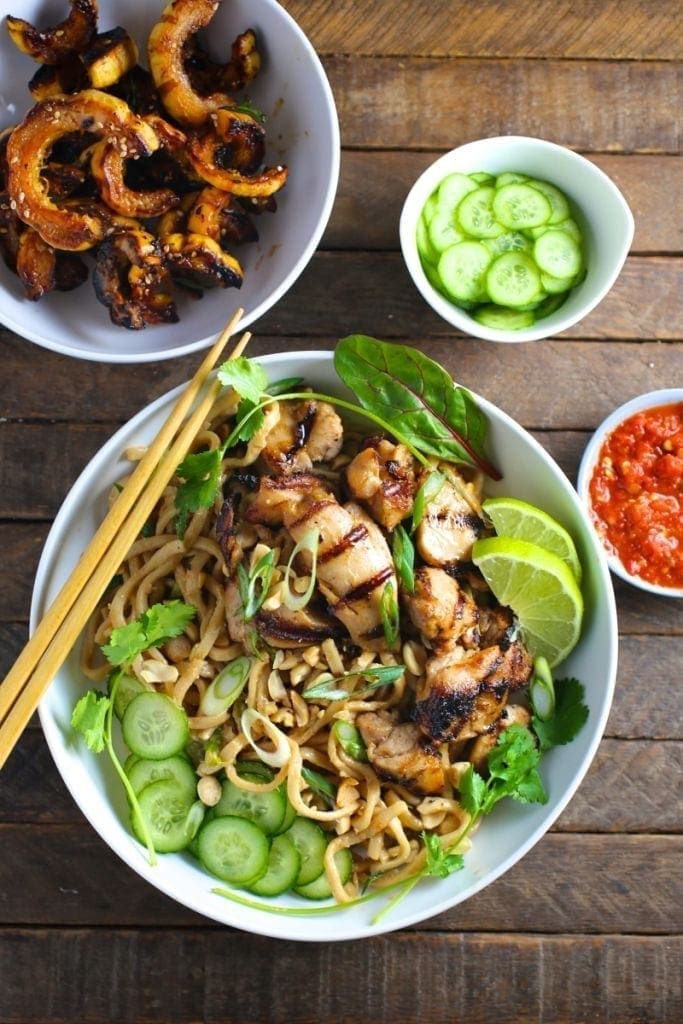 These peanut noodles might be one of the most delicious and easiest recipes we’ve ever created. It’s basically the love child of Chinese cold sesame noodles and Thai chicken satay. If you like those kinds of flavors, I think you’re going to be pretty happy with your dinner.

It’s also happens to be very adaptable. You can make a vegan version with tofu. You could grill shrimp instead of chicken. You could add pretty much any vegetable you would throw into a stir fry (I’ve listed some options with the recipe below). 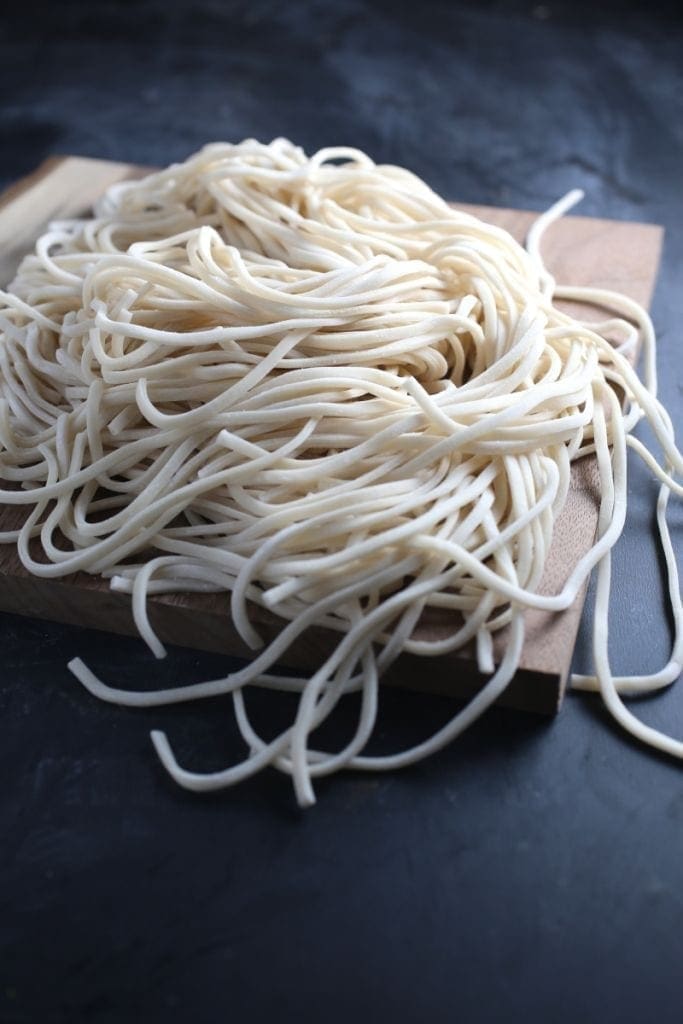 We found these fresh noodles at our local Asian market but dried spaghetti works equally well. I’ve also seen fresh Chinese egg noodles for sale at our grocery store and those would be great too. Whatever style you decide on, cook them until they’re al dente (but don’t undercook them either).

Aside completely unrelated to peanut noodles: 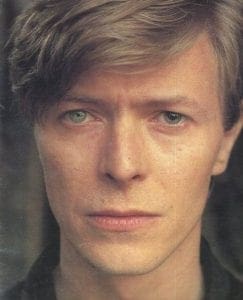 I don’t often get emotional about celebrity deaths but the loss of David Bowie this week has made me very sad. He was a huge influence on me (and so many people, of course). As a kid, I dressed up as Ziggy Stardust three years in a row. Space Oddity was my jam and no matter how many times I sang it to my cats, they never seemed to get how incredible it was.

But as powerful as his music was, I think he influenced my love of film and science fiction even more. I saw “The Man Who Fell To Earth” at Film Forum in the 1980’s and his performance was so moving, so lonely that it put me in an odd mood for days. That was the first time I understood the power of film. That it can leave you with larger questions than you came into the theater with.

**Aaaaaand just before posting this, I read that Alan Rickman died. What a terrible week. 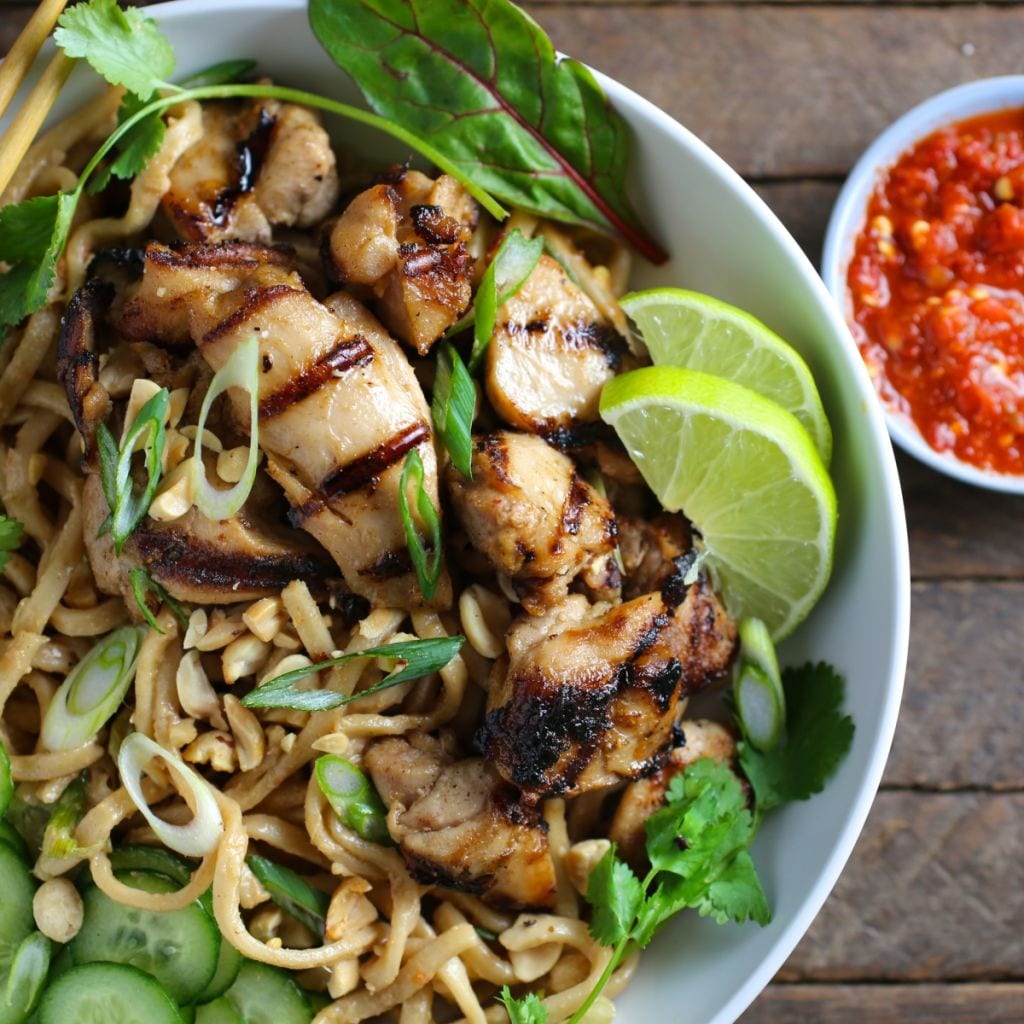 One of the things I love about this dish is that it really delivers a variety of flavors and textures. The noodles are creamy and rich, the chicken is crispy from the grill* and the whole thing is topped with crunchy peanuts and a scattering of bright herbs. In one bite, you’ve got sweet, salty, spicy and tart. Pretty damn good, right?

*I’m obsessed with our Lodge cast iron grill pan. It gets blisteringly hot and sears beautifully. I think I might use it even when it’s not below freezing out.  If you don’t have a grill or grill pan available, you can sear the chicken in a large skillet. 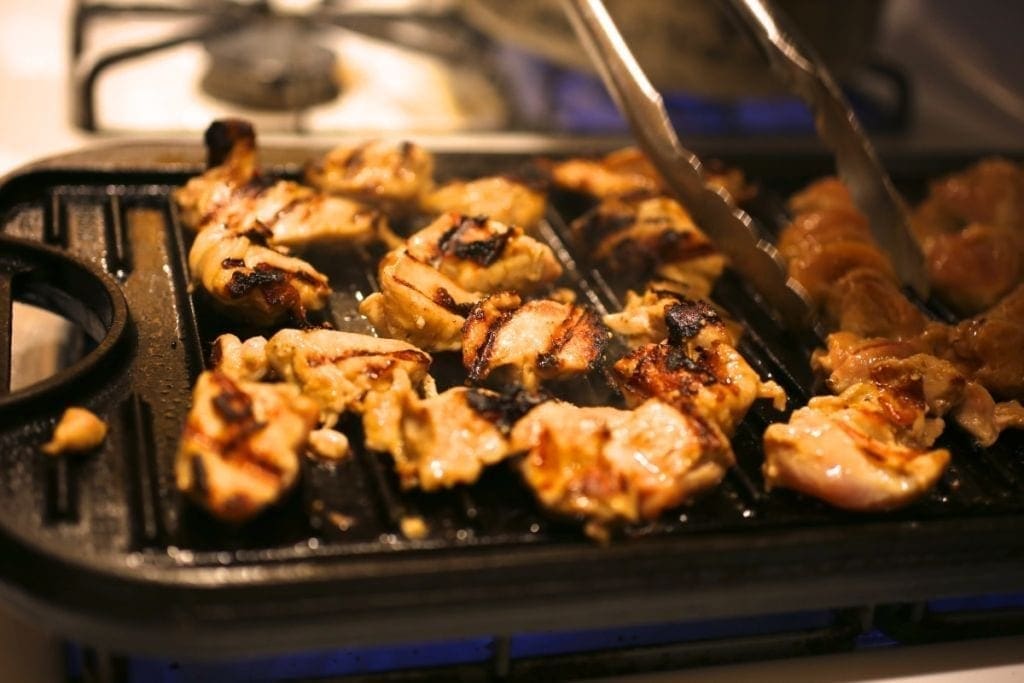 Cooking chicken on a grill pan 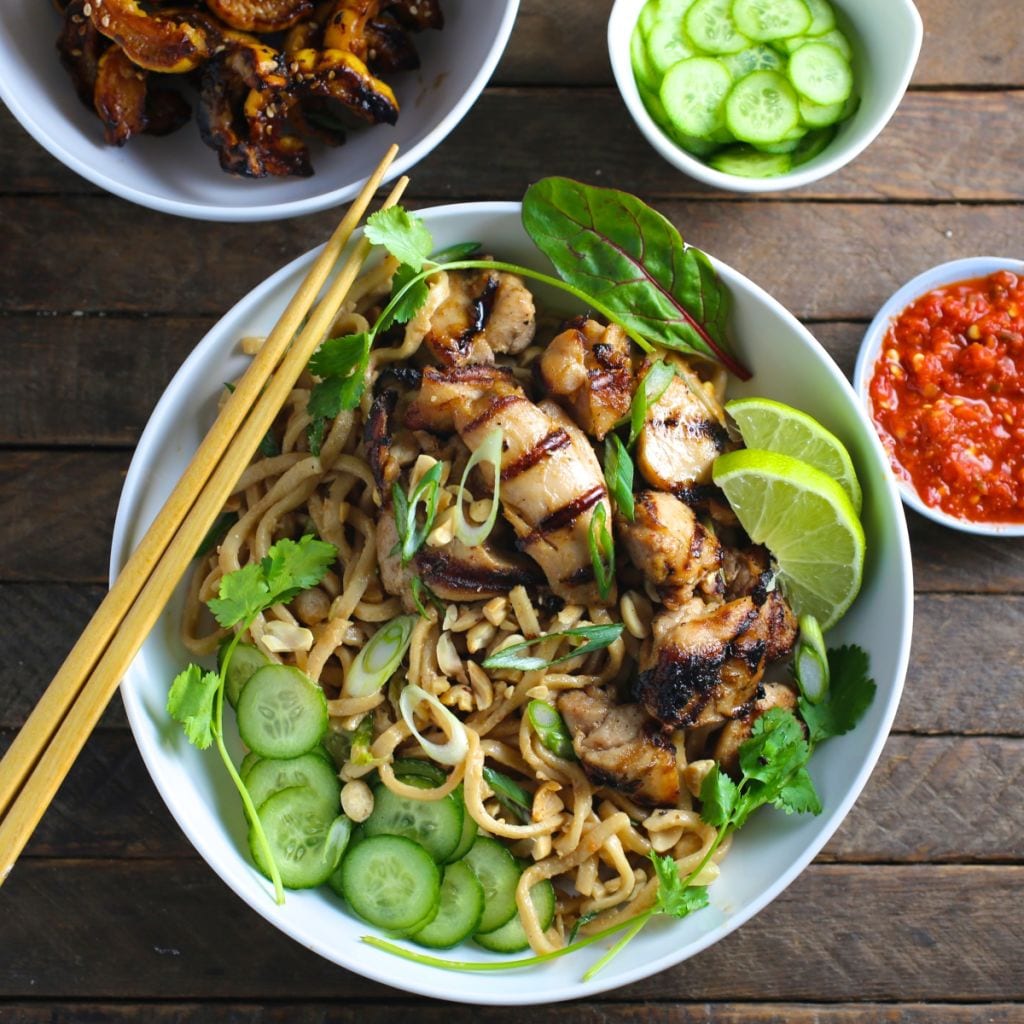 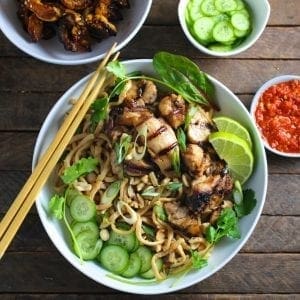