Well, I don’t know about you but so far my spring has been…less than stellar. Not to bore you with the details but I’ve been pretty much out of commission for the last few weeks with shingles. If you’ve ever had them, you know that the majority of your day is spent sitting stock-still so absolutely nothing touches you (when what you really want to do is raise your fists up to the sky and scream “Why God, why!” at the top of your lungs). I’ll just say that if, next time (please, please let there not be a next time), I’m given a choice between wearing a helmet of bees and having shingles again, I’m going with the bees.

This is my long-winded explanation for the lack of posts recently, because honestly, cooking and photographing were just not happening around the ol’ Clifton place of late.

But the weather has turned warm and I’m not writhing in pain anymore so, for my triumphant come-back, I wanted to post something really special.

The idea for some kind of spinach-y, cheese-y and egg-y tart or pie had been kicking around my noodle for awhile and over the weekend I realized we had all the ingredients I thought would work on hand so I decided to give it a whirl.

I’m calling it a “breakfast tart” because of the bacon and egg components but we had them for dinner (and then for lunch the next day) and they were perfect. They’re really easy to make and would be great for a brunch party. You could easily customize them for the crowd (no bacon on one, mushrooms on another, etc).

NOTE: In this version, I actually used my favorite spring ingredient of all time, ramps, in place of the onions and garlic, but because they’re only available for a tiny short window, I’m writing the recipe without them. If you’re lucky enough to have some, by all means, roughly chop and sauté about a half pound of them (white and green parts) just like you would the onions and add them to the spinach. 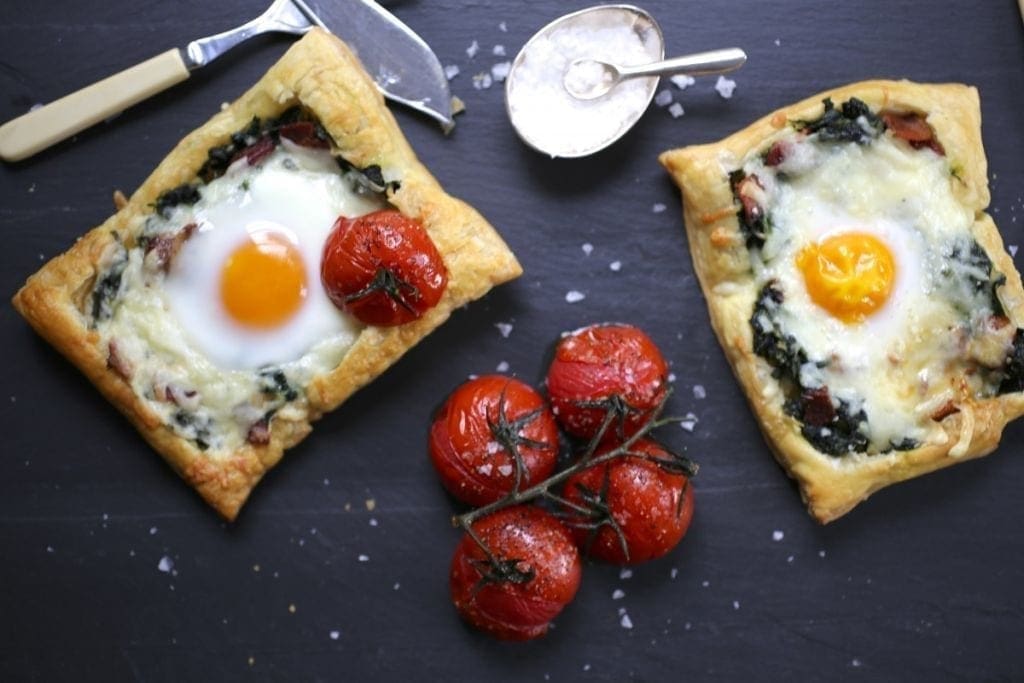 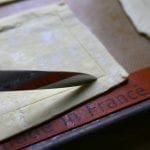 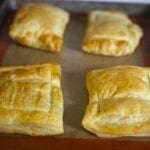 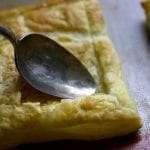 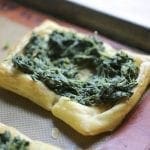 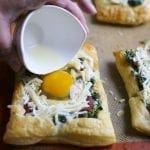 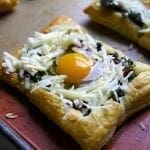