A lemongrass collins takes a little time, but you will end up with a delicious, refreshing cocktail that will also knock you on your arse. 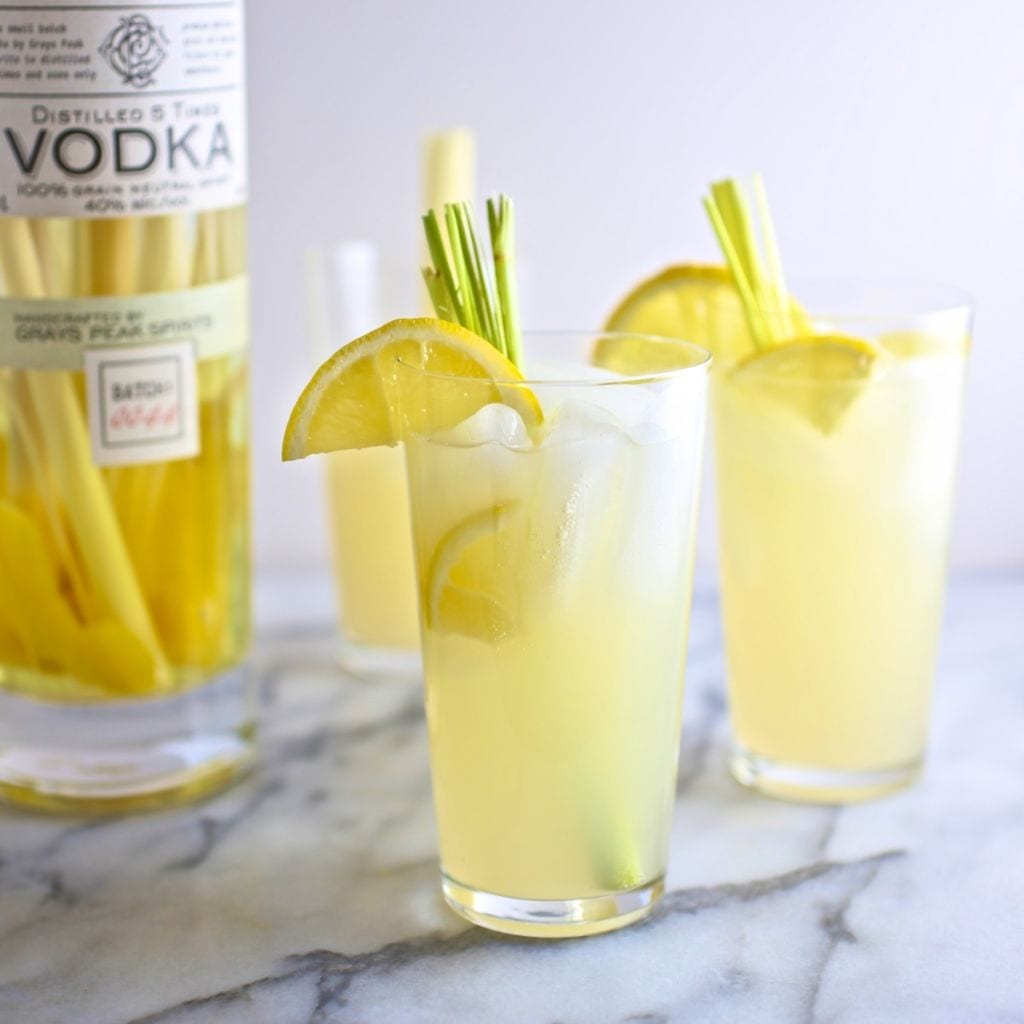 This unbelievably delicious Lemongrass Collins recipe comes from Barnum Cafe in Rome. Have Matt and I ever been to this darling-looking place? Um…no. But we know people.

Our dear friends, Rickey and Barbara, went to Italy and, being the most fun people that ever lived, managed to convince the bartender from Barnum Cafe to give them the recipe. I then harassed them into giving it to me. And I am now giving it to you, the internet.

Quick aside: Matt and I recently spent the weekend with them, drinking these cocktails and watching a marathon of the first season of The Knick. For me, one of life’s greatest pleasures is spending time with people who make me laugh, cooking great food, drinking delicious drinks, and watching Clive Owen do creepy things to Bono’s daughter.

For a Lemongrass Collins cocktail, you will need Lemongrass infused vodka which is incredibly easy to make but takes a couple of weeks. Believe me, it is worth it. My advice is start now and make enough for the whole summer.

The other ingredient in the lemongrass Collins – and something new to me – is a Spanish liqueur called Licor 43. It’s main note is vanilla but it also has herbs and fruit in it which give it a very distinctive flavor. Of course having the memory of a flea, I walked into my favorite liquor store and promptly asked them for Licor 42. The salesman handed me the bottle and said, “that last Licor’s on me.” Cheeky monkey. 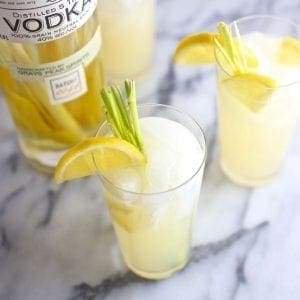