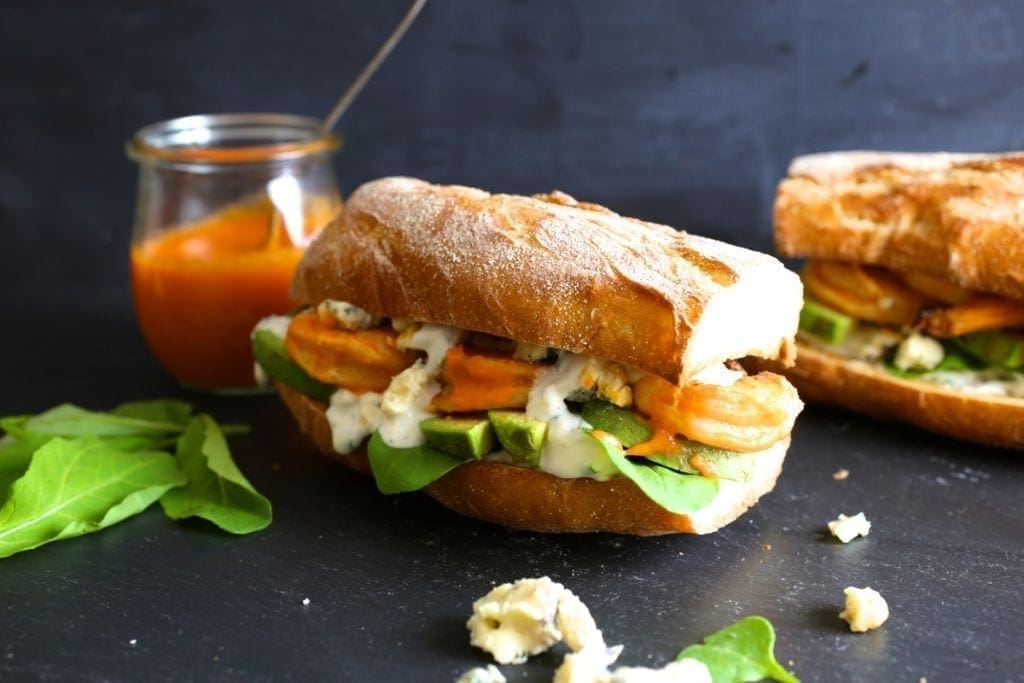 The fact that Matt grew up in a rural English village and I grew up in New York City means that, every so often, we have absolutely no idea what the other person is talking about.

For example, here’s an exchange that may (or may not) have occurred recently (it did not, but work with me here).

Emily: Less hit the bodega for a ’40 and stoop it till we mad toasted. You know you down, don’t front.

Then there was the time I convinced Matt that in New York City, it’s very common for dogs to wear prescription glasses. “Really?” he said, and then I laughed until I got a cramp.

Then he tried to convince me that in Scotland, there are huge, orange cows with hipster haircuts that look exactly like the mayor of London, Boris Johnson. No way, buddy. Like I’m going to believe that.

So you can imagine the fun I had trying to describe what ‘buffalo sauce’ is. I’m not sure how we’re still married.

Anyway, on to our sangwich. Let me start by saying that I would be quite happy if buffalo sauce & blue cheese dip were on pretty much everything I ate for the rest of the summer. These are the kind of bright, zingy flavors I just go crazy for.

Add to that perfectly grilled shrimp, creamy avocado and crisp lettuce and you’ve got yourself a seriously delicious sammich.

You could absolutely make this with chicken but I love grilled seafood in the summer and I could not pass these up. I also love grilling shrimp because A) they take only a couple of minutes and 2) they don’t stick!

If you’re doing them on a grill that has widely-spaced  grates and you’re afraid they’ll fall through, just stick a skewers through them. We did ours inside on a Lodge grill pan because our grill sucks and also it was raining. 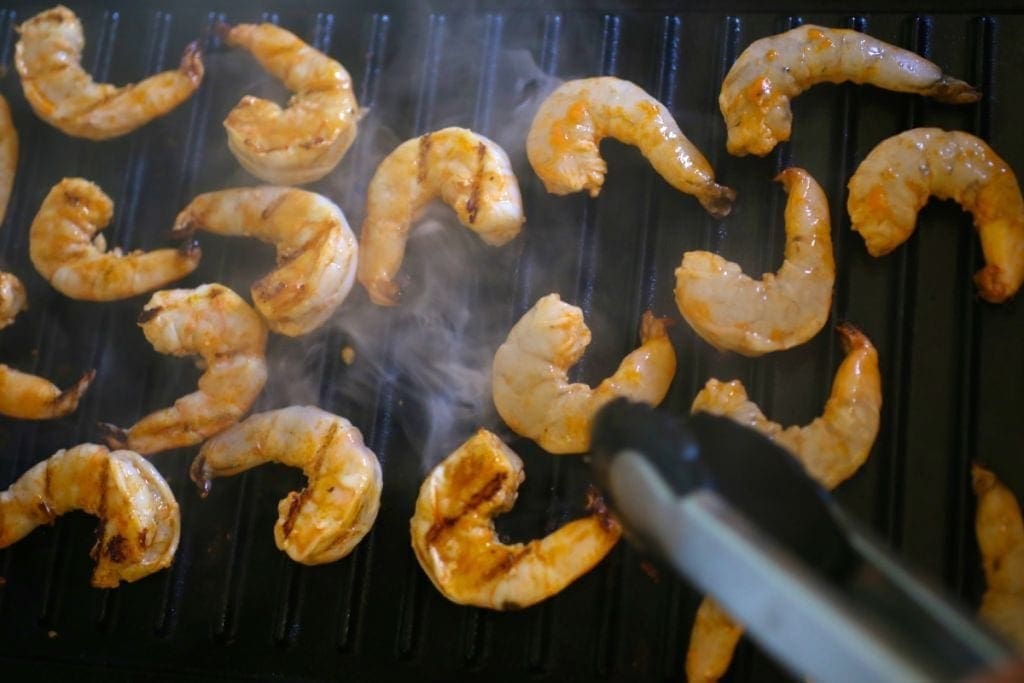 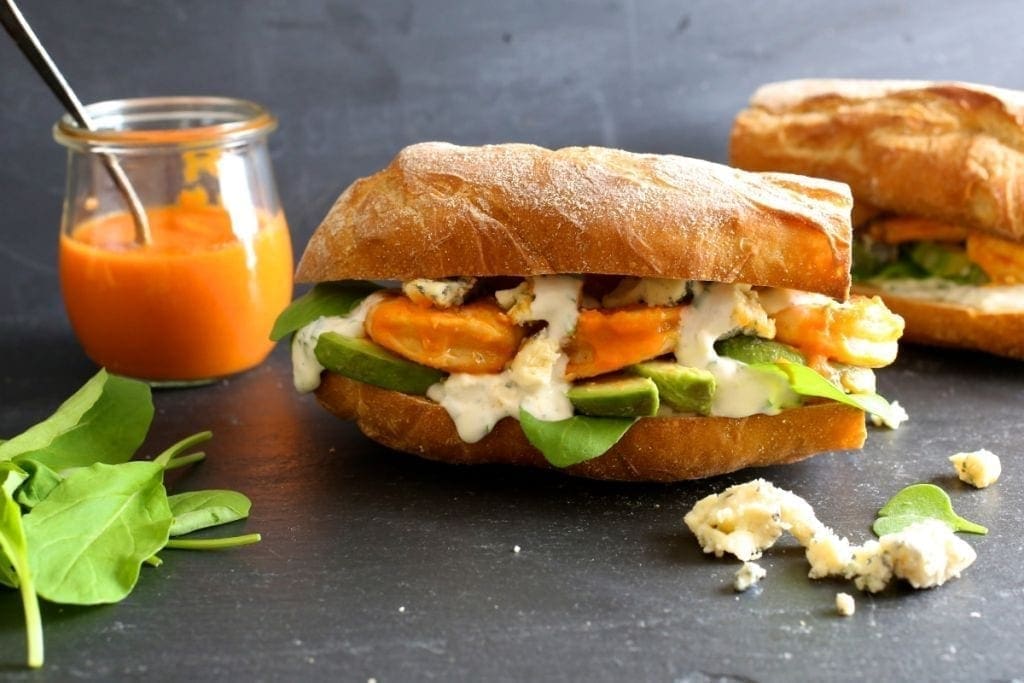 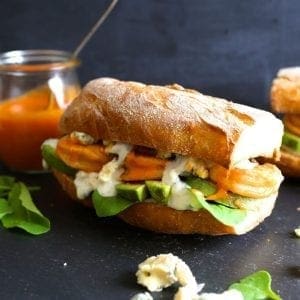