Creating your own home-made Greek yogurt is easier than you might think and doesn’t require any special ingredients, just a little time. 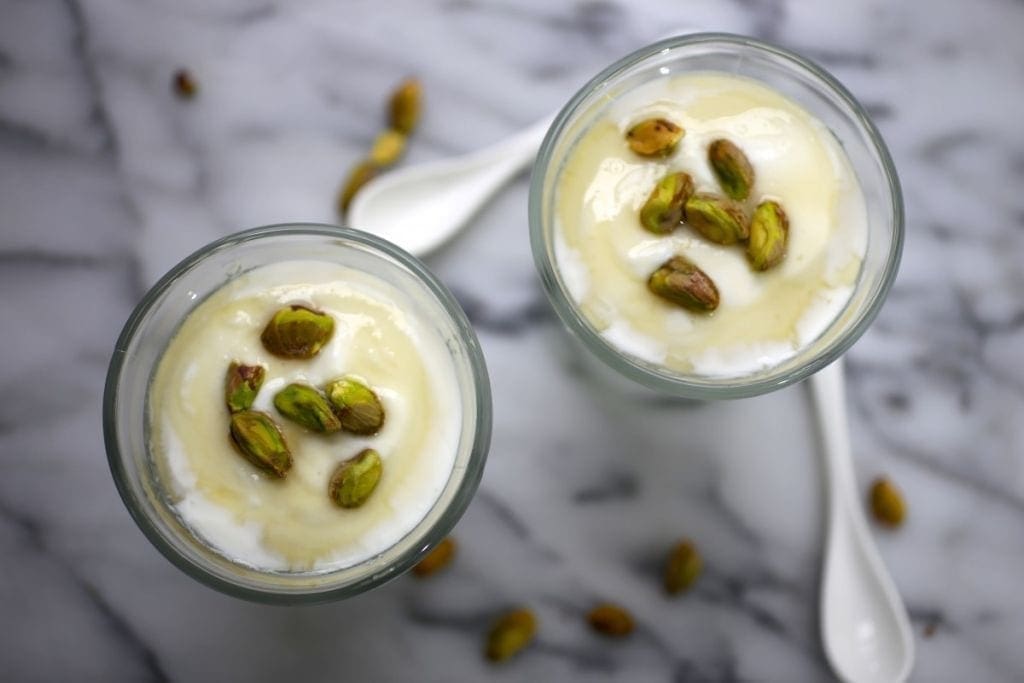 The missus has been out sick this week, so I’ve taken over blog duties. Last weekend I expanded on my bread baking with a really good multigrain recipe from Martha Stewart (to be blogged later) that involved three kinds of flour, two kinds of grain, and four kinds of seeds, and after all that I had to have a good lie down in a darkened room.

For this post, conversely, I decided to try something else I’d never done but keep it as simple as possible. Yogurt is something that we always try to have in stock in the fridge – not only is it a fantastic breakfast option, especially with some toasted nuts or seeds, maple syrup or honey, or (when in season) fresh berries, but it’s a great stand-by for a host of other recipes, such as marinades, dips and saucy dishes such as curries. We often use it in place of sour cream, like in this Lemon Basil Sauce.

We almost always buy the Greek varieties of plain yogurt, which are strained and therefore thicker than the “regular” variety. People have started wars over their preferred brand of Greek yogurt – to avoid bloodshed, I won’t reveal the specific brand we prefer, other to say that it’s the one that’s not Chobani.

Home-made Greek yogurt is so much more delicious than even the best store-bought kind, and is also much more affordable. The best part is that you get to control the quality of the milk that goes into it and we found that even using the best organic, grass-fed, free-range, hormone-free milk was cheaper than buying it already made.

It’s the one that’s not Chobani.

Creating home-made Greek yogurt is really, really simple, but you do have to start with … some yogurt. (If you can wrap your head around that recursion, you’ll be just fine.) Basically, you need the right bacteria and the right environment to encourage culture growth. You also want to knock out any other bacteria (you really, really don’t want to encourage the wrong kind).

The cookware that works best for this is a big old enameled Dutch oven that you can pasteurize the milk in and then temper the yogurt into once it’s cooler. With the lid on and wrapped in towels, it should remain at the correct temperature for fermentation.

Any kind of milk should work – whole will give you the creamiest flavor, but low-fat varieties will also be fine.

So the first step is to pasteurize – eliminating bacteria before you introduce the yogurt cultures (that’s Lactobacillus Bulgaricus and Streptococcus thermopiles). For this, I heated the milk to 200F (not quite boiling), covered and let sit for around 30-40 minutes until the temperature dropped to around 115F. You can use an automatic thermometer if you want to make sure you catch it at the right stage; I just checked periodically with an instant read-thermometer (we like Thermapen).

Temper the yogurt into the warmed milk, whisk, re-cover and leave in a slightly-warmed oven (should not be hotter than the milk, but you can pre-heat beforehand to 170F or 200F and then turn it off) overnight. Don’t mess with it until it’s set, just check it in the morning and give it a quick whisk to homogenize the texture.

To strain into “Greek-style” yogurt, line a strainer with cheesecloth or mesh (I tried a regular dishtowel and found it too fine; not enough whey was able to strain out) and let it sit for a few hours (you should do this step in the fridge). The longer you let it drain, the thicker (and less tart) the yogurt will be. If you leave it for a really long time, it will eventually turn into yogurt cheese which is absolutely delicious.

And that’s it! You can, of course, use the last of one batch as a “starter” for the next, if you can restrain yourself from scarfing it all down. 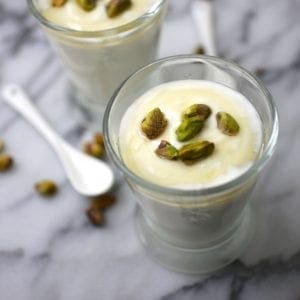