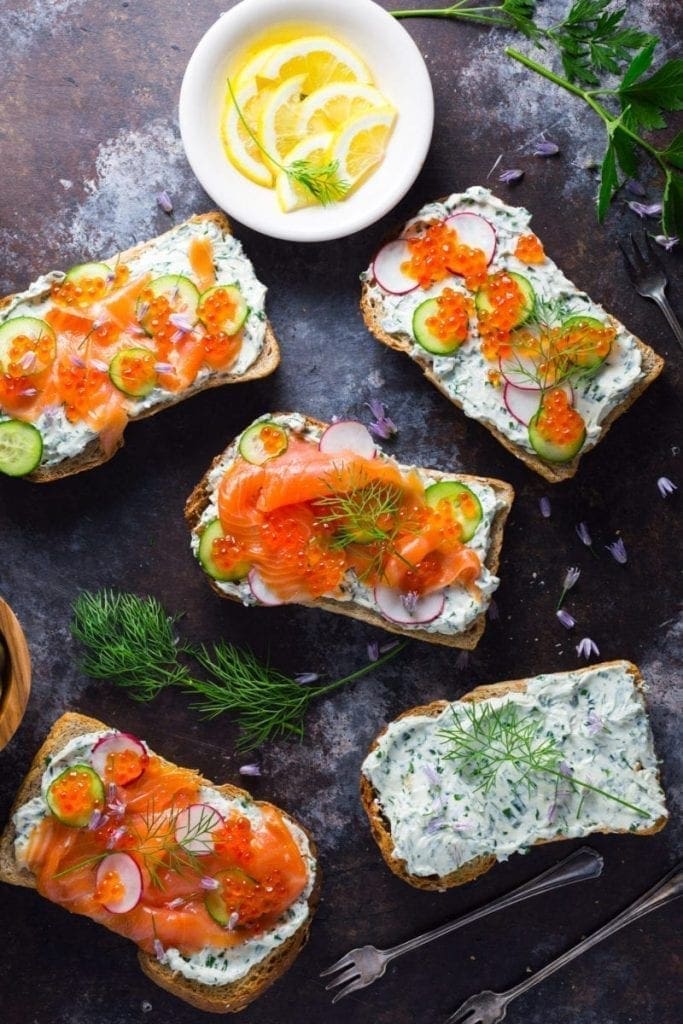 I’ve mentioned before that, though my mother is a fantastic cook, both my grandmothers were truly, ridiculously bad in the kitchen. Vegetables were boiled until they begged for mercy. Meats were blasted in the oven until they were unrecognizable. Even bread somehow managed to become disks of solid brick. (And I’m not talking about homemade bread. Store-bought. And this in the heyday of Wonder bread). It was grim.

So my brother and I always breathed a sigh of relief when our parents stopped at Zabar’s before the family trip to Queens (where we assumed every grandparent in America lived). Zabar’s, to those who are unfamiliar, is an Upper West Side institution. Open since 1934, it’s one of those places that’s almost impossible to describe. It’s a gourmet store but only because it sells things that are now considered “gourmet” but used to just be “food”, albeit for immigrants. Smoked fish, cheese, baked goods like bagels and babka. Items that turned my German-Austrian grandparents positively verklempt.

So we would pick up some smoked salmon, a little sable. Some whitefish salad. Pickled herring that no one ever seemed to touch. Along with cream cheese and a dozen bagels (from the dearly departed H&H, of course), off we drove to the outer boroughs where we’d set everything out on my Nana’s dining table and eat off of styrofoam plates. Even I, a known fish-hater and infamously grumpy child, would schmear a bagel with cheese and lay on a slice of nova.

We added basil, parsley, chives and dill to our herb cream cheese, but any combination of soft herbs would work.

This recipe is an easy, modern version of the classic smoked fish brunch. Tartines is really just a fancy French way of saying “toasts” or “open-face sandwiches”. The cream cheese is full of flavor from the herbs, and the toppings of shaved cucumber and radishes add a crisp bite. We topped ours with smoked salmon and my favorite food of all time, salmon roe. If you can find smoked trout or even better, sable, they would be delicious. And a vegetarian version with creamy avocado would surely please vegetarians and fish-eaters alike.

To me, salmon roe is one of the most beautiful foods to photograph.

There’s almost no work to do here, other than mincing a few tablespoons of herbs and mixing them with cream cheese. Any combination of soft herbs would work so it’s the perfect way to use what you have growing in the garden or on the windowsill. If you’re buying herbs from the store there’s no need to purchase them all. Chives are the main flavor so pair them with one of the others, or substitute tarragon or even cilantro.

The little pale purple petals are chive flowers which you’ll find at farmers markets in spring. They have a sharp oniony bite so it’s best to pull the little buds off the flower and scatter them over.

The herb cream cheese is even delicious on its own. 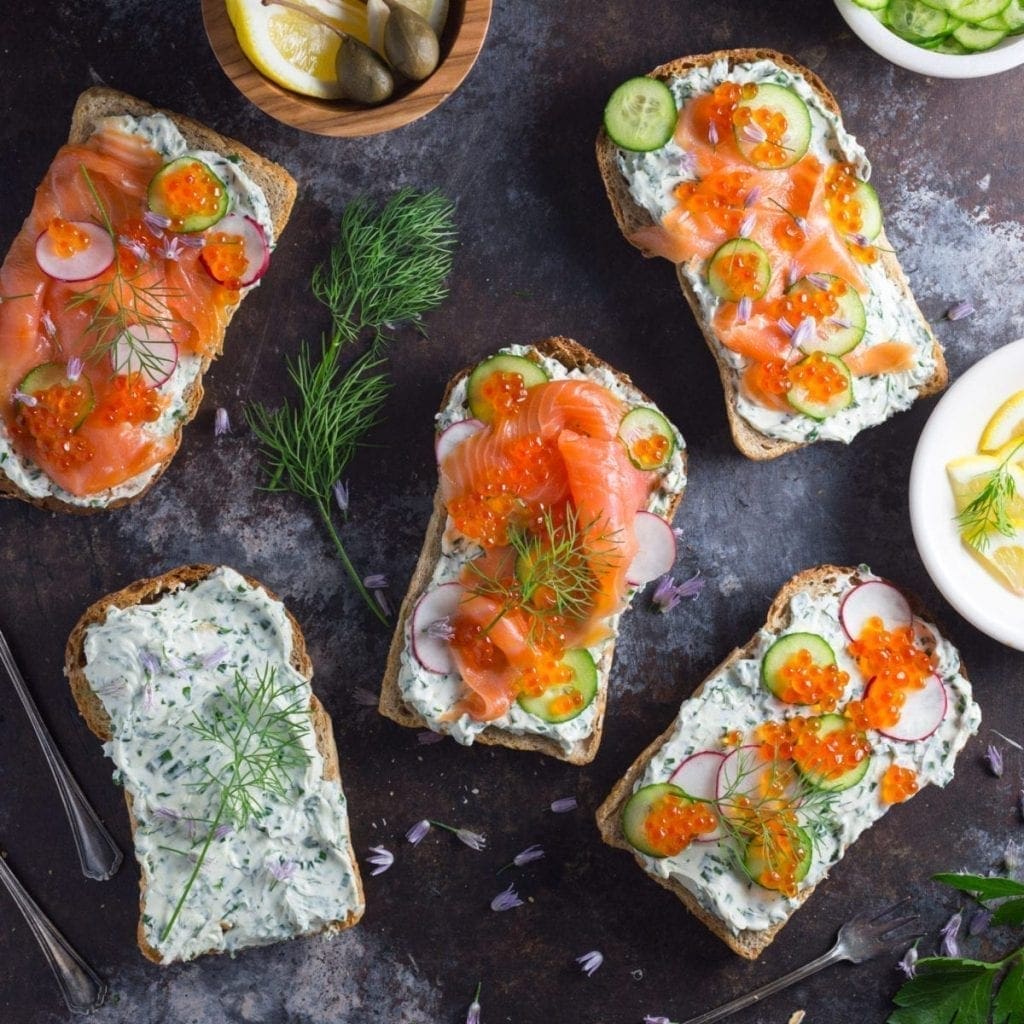