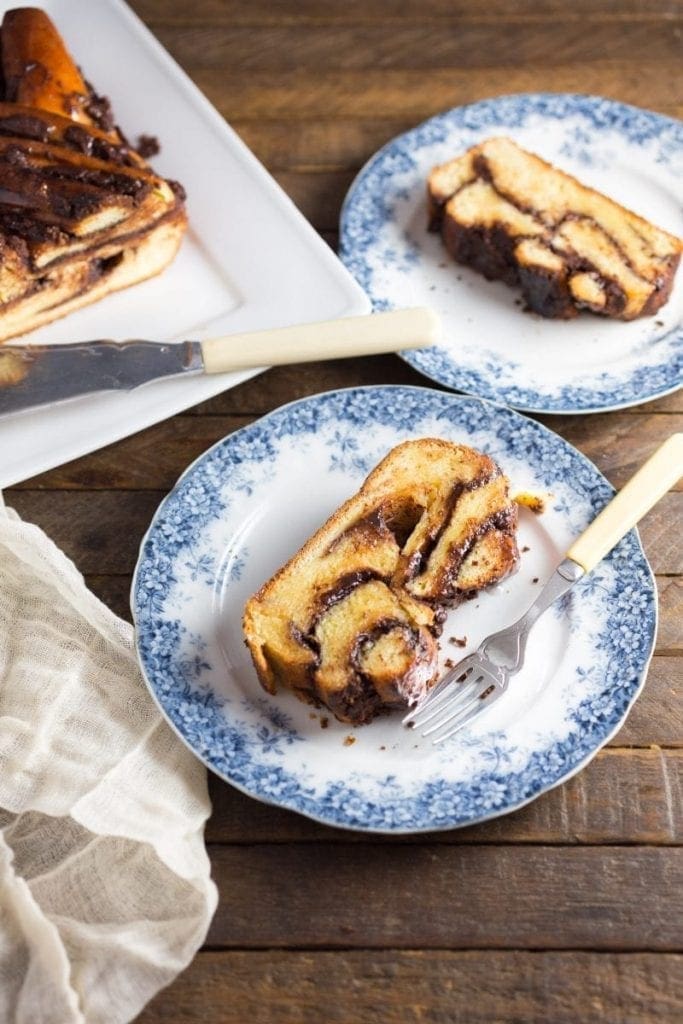 Chocolate babka: a sweet bread treat made with enriched dough and layered with chocolate – a weekend project you’ll be glad you made.

***This babka is leavened and therefore not suitable for Passover, if your family, unlike ours, cares about such things. Read Matt’s full, sincere and amusing apology at the bottom of the post.

It may have slipped out in the course of this blog that one of us is Jewish, and the other of us is English. These are not, frankly, genres that strike awe into the hearts of home chefs (although Nigella Lawson does pretty well for herself) . When our best friends in town got married, they catered the reception with dishes from Italy (his family heritage), and soul food from New Orleans (hers). It was awesome. A Jewish-British catered wedding? Maybe not so much.

This Babka is filled with rich, dark chocolate with just a hint of cinnamon. 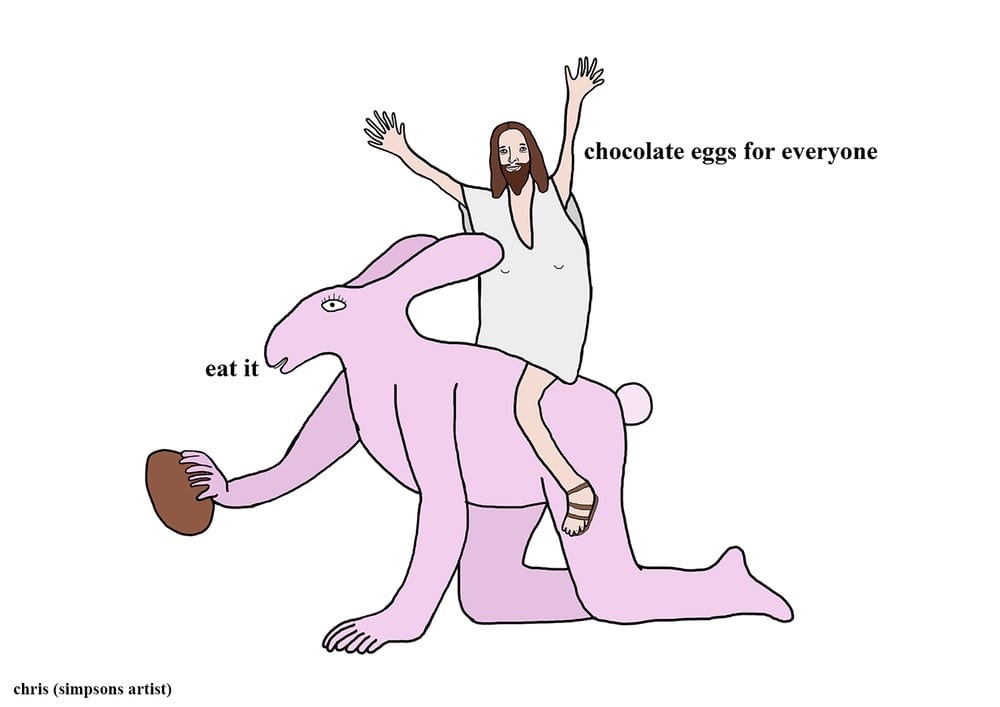 We’re both serious chocoholics (yeah, we kept that quiet). Back in the old country, the annual family Easter egg hunt would result in us kids getting three or four big chocolate eggs, each of which would be devoured piecemeal until the point where you felt slightly sick (and then you would have some more anyway). In candy terms, Easter is effectively the British version of Hallowe’en, but without the ghosts. Every store is legally obliged to turf out half their normal stock and replace it with aisles of chocolate. Doesn’t matter if the store doesn’t normally sell food. Could be an optician. Could be the post office. Law still applies.

With all that said, I don’t have any way to actually make a chocolate egg (YET), so Emily had a better idea. Most passover food, while it can be made very well, is generally uninspiring. (Noodle kugel! Hooray! Said nobody ever.) But there is this fantastic thing called babka.

It is a sweet dessert bread made with enriched dough, and it is filled with chocolate, and normally you would just go and buy a chocolate babka from Zabar’s, and that would be it. But home-made is way better. We thought it would be an intimidating recipe, but found an excellent and really easy method from Smitten Kitchen. 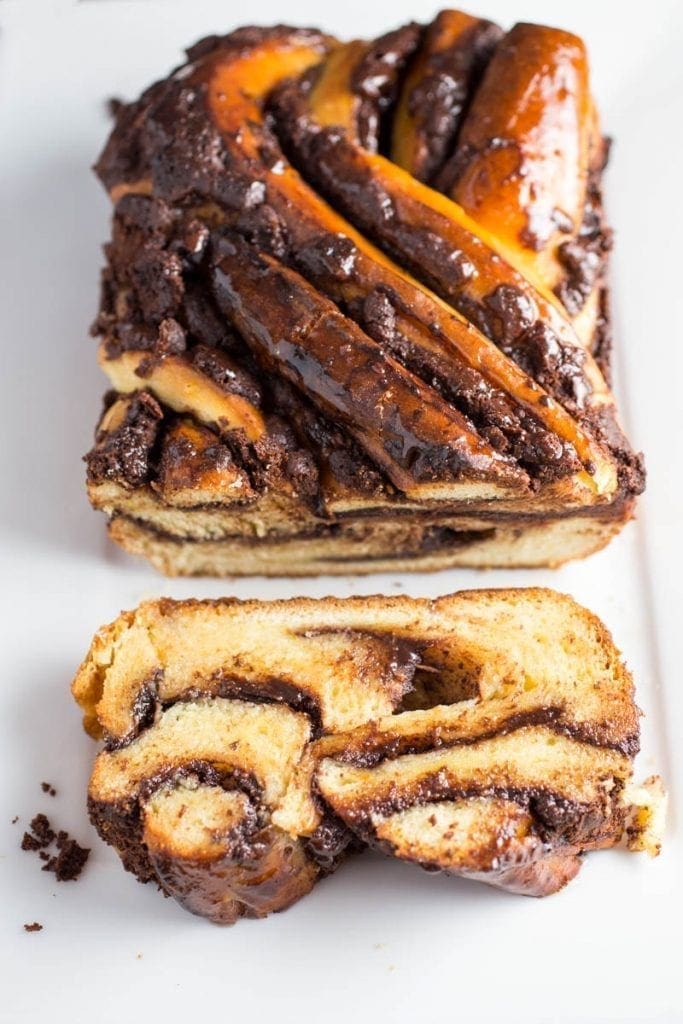 Like regular bread, you do have to prepare the dough beforehand and let it proof overnight, but that’s really the only slight complication. The enriched dough is really fun to work with – the added eggs and butter stops the gluten structure building up, so it stays pliable and is easily rolled. Here’s a little gallery of the process. 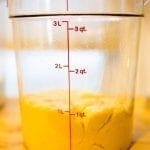 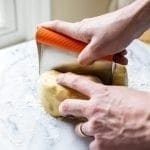 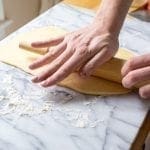 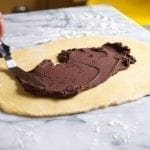 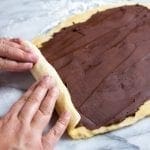 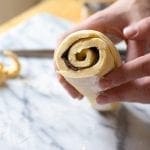 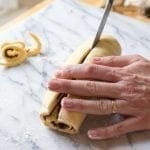 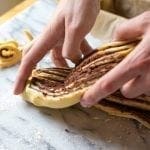 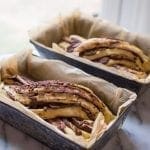 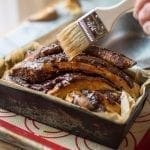 Note that the tighter you roll it, the thinner and more striated the resulting spiral of dough and chocolate will be. We didn’t do a very tight roll for this bake, but it turned out pretty well-balanced. You could top the cake with streusel, but we didn’t bother: the sugar syrup applied after baking (you could also use warmed honey) gives it a great, sticky-sweet finish. This would be a great dish to bring to either Passover or Easter, or to have as a teatime treat, or for breakfast with coffee. 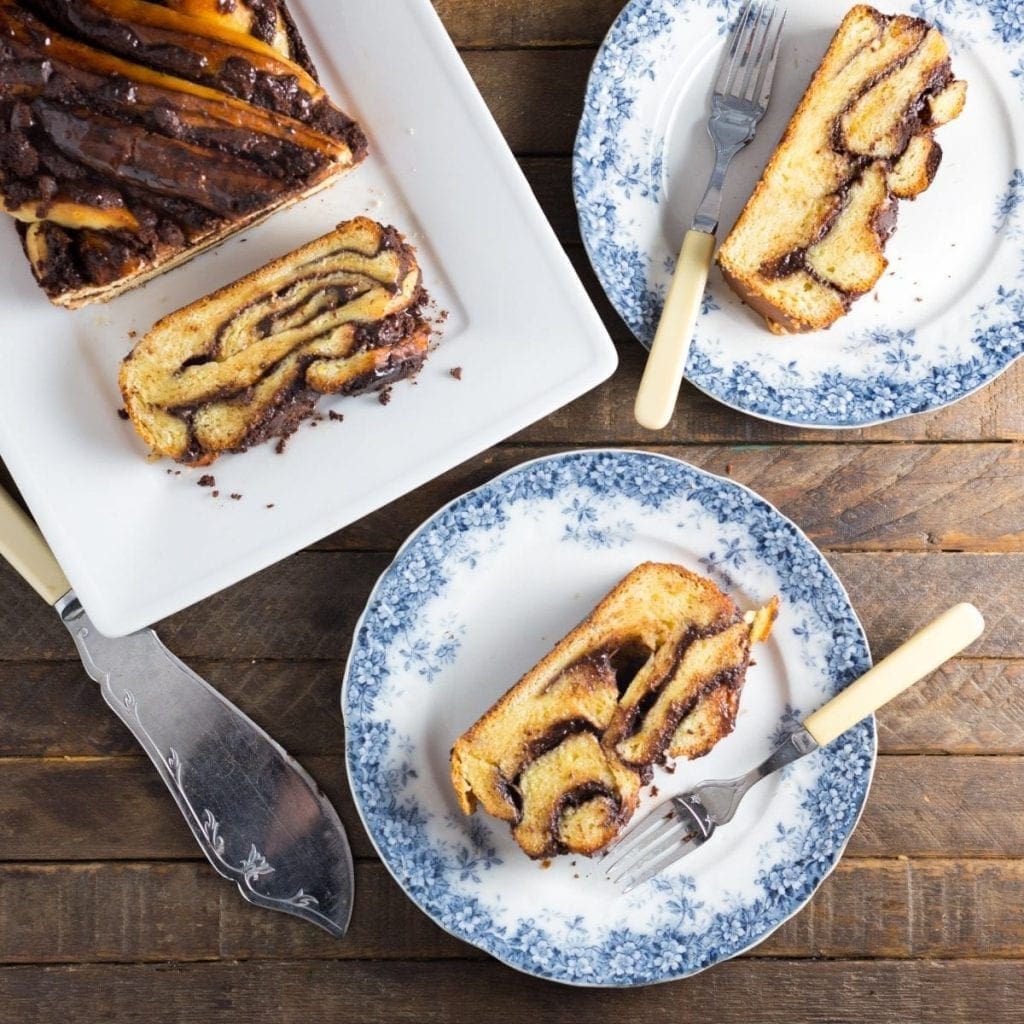 A note from Matt about his leavened Passover kerfuffle.

I want to make a clarification about this post:  You might remember that one of us (okay, it was me) declared chocolate babka to be an excellent treat for either Easter or Passover, whichever was your preference. We were inundated with literally several letters pointing out that the babka is yeasted, and a traditional Passover, one might say, tends to skew towards the unleavened. The Hebrews fleeing Egypt weren’t, after all, told “Take what you have and scarper, there’s no time to let your bread rise, oh, unless you’re making babka or something, that would be awesome, oh, good work on the pyramids btw”. So, my apologies for that slip, and please tell Uncle Mort it won’t happen again. Save Print
Author: Nerds with Knives - Adapted from Smitten Kitchen
Serves: 2 loaves
Ingredients
For the dough:
For the filling:
For the syrup
Instructions
3.5.3226 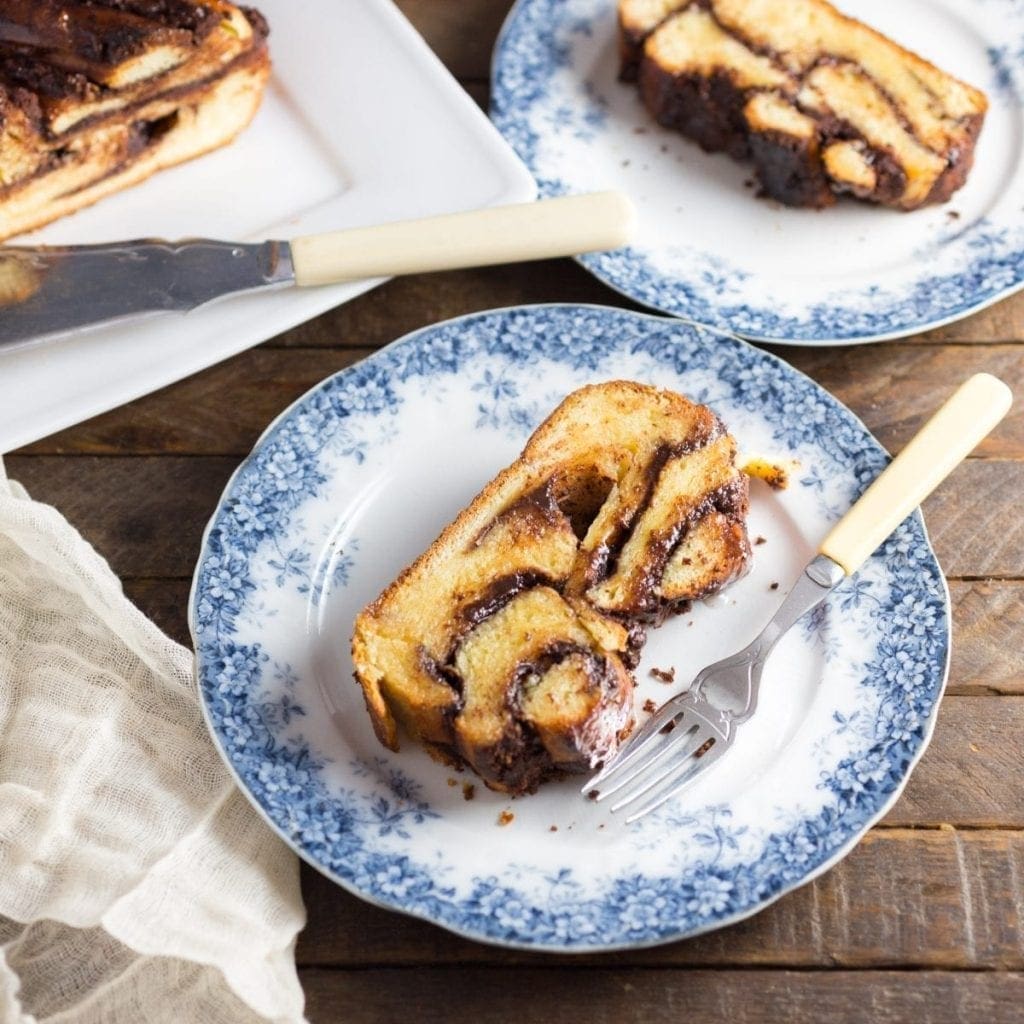