Pizza Chicken (with Pepperoni and Basil) 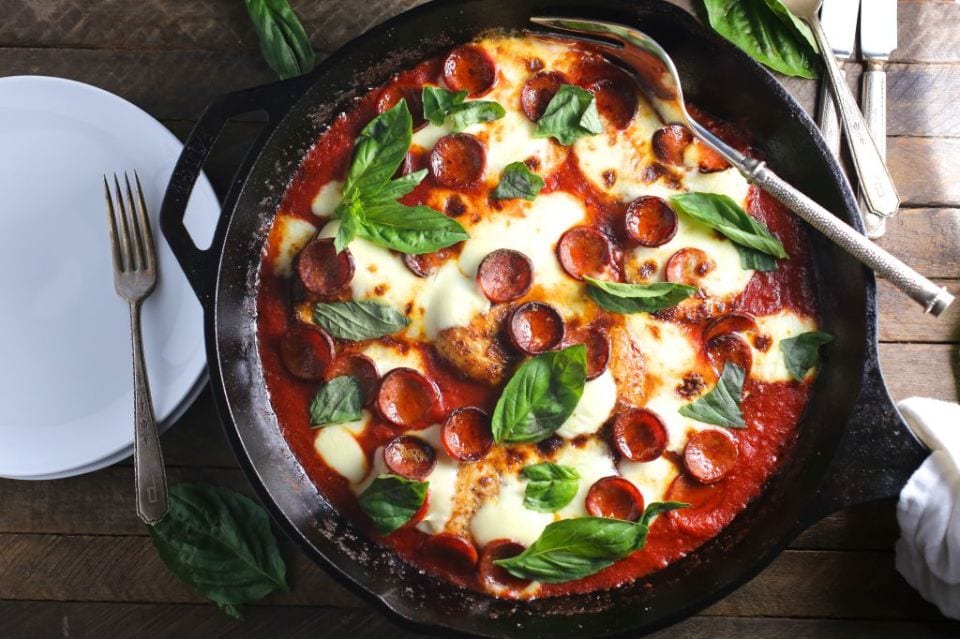 For the sake of clarity and because I really, really like you guys, I want to acknowledge that this title might be a little misleading.

Say you were googling “chicken pizza,” this post might show up (probably on page 35, but whatevs) and I wouldn’t want you to get halfway through reading it before you realized that this recipe is not, in fact, for pizza with chicken on top of it.

This recipe is for chicken cooked in the style of a pizza. And it’s frigging delicious. It’s cheesy and salty and tangy. Exactly the flavors your tongue expects when your brain has told it you’re having pizza for dinner. It also happens to be gluten free and ready in about 20 minutes. 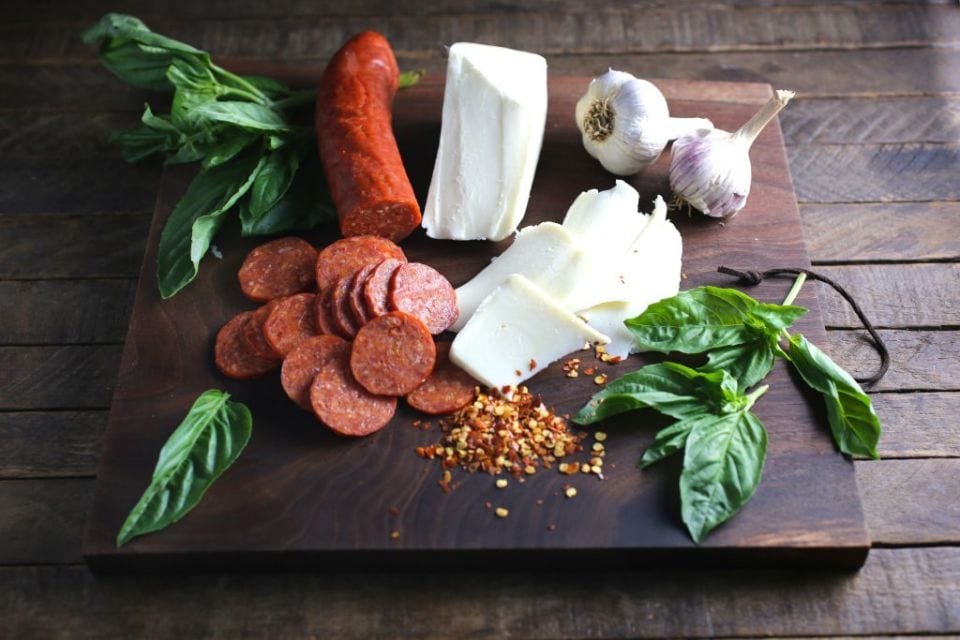 The flavors that make pizza so delicious

I was inspired by Melissa Clark’s recipe for Skillet Chicken with Tomatoes, Pancetta and Mozzarella. Like everything she makes, it sounded amazing but I was in the mood for something more distinctly pizza-like. So I sliced up a few chicken breasts, browned them and simmered them in a tangy, garlicky tomato sauce and topped the whole thing with bubbly mozzarella cheese, good pepperoni and lots of fresh basil.

Slice chicken breasts in half to make them thinner 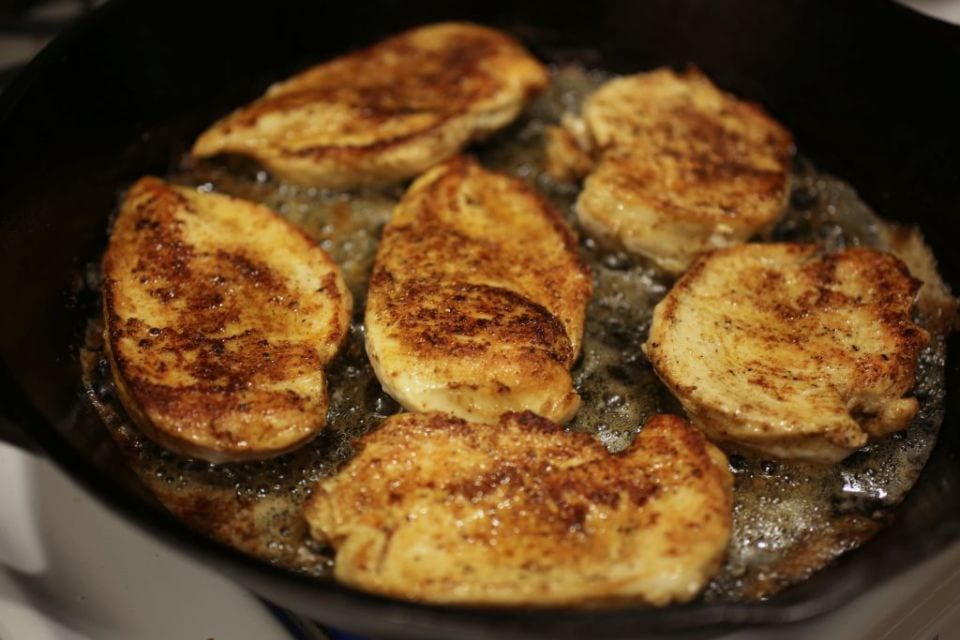 Brown them in a skillet

Remove chicken, then make the sauce in the same pan 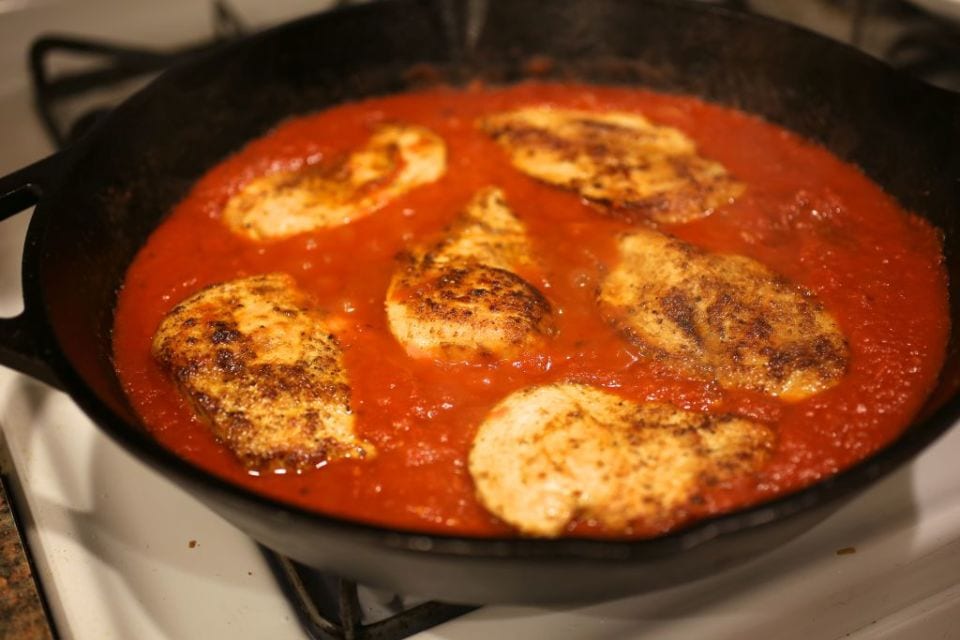 Nestle chicken back in the sauce, top with cheese and pepperoni, then broil until bubbly and brown. 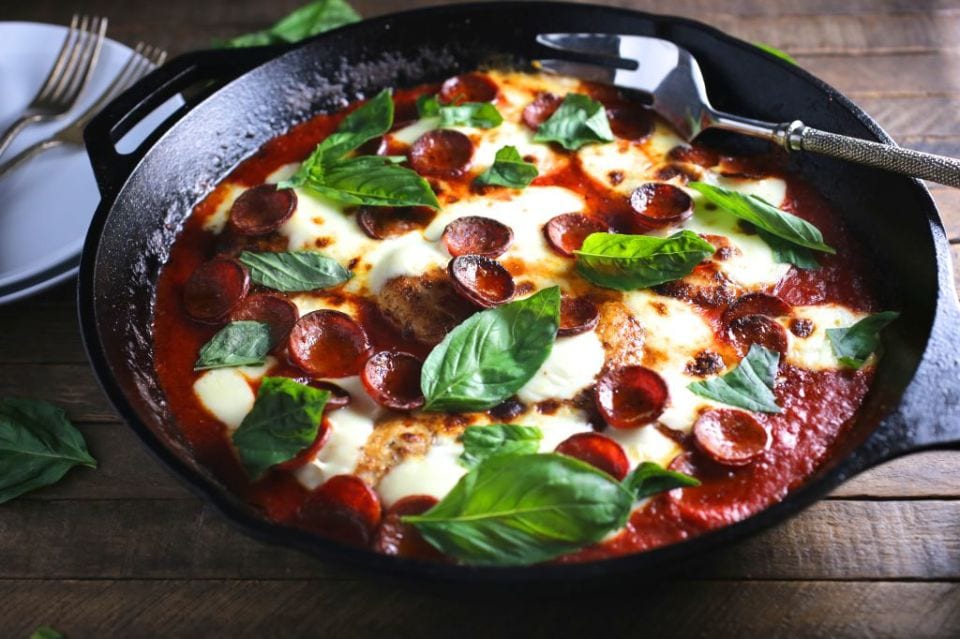 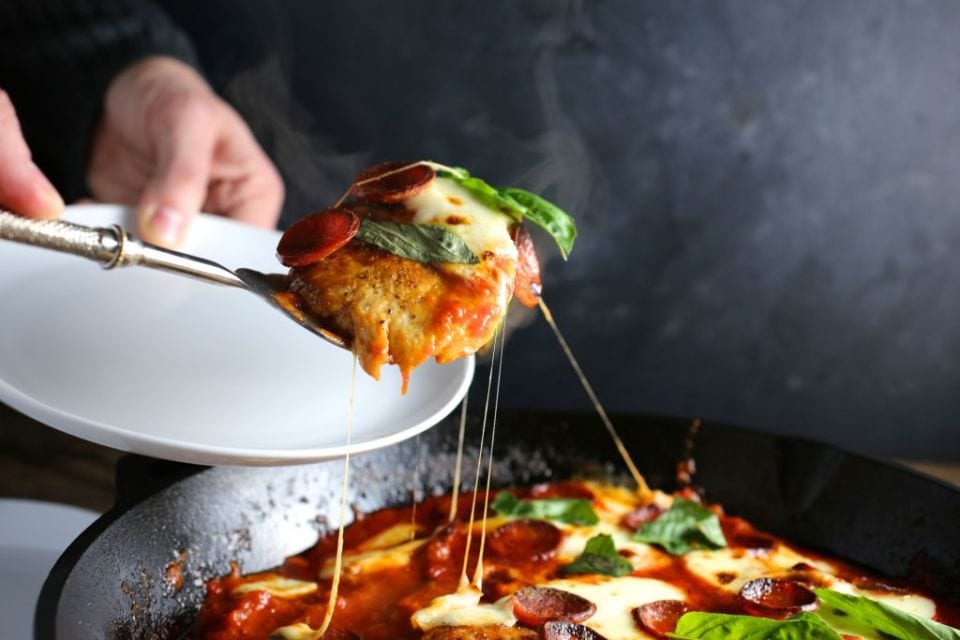 You’re gonna want a pizza this. 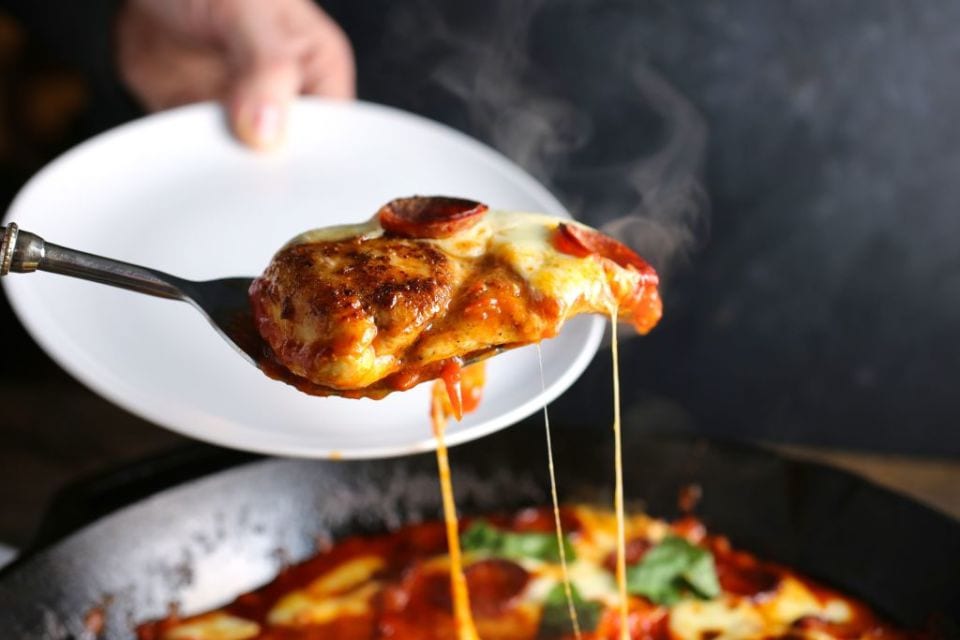 The result is an easy, quick, one-pan meal that’s healthier than take-out pizza and much more delicious. 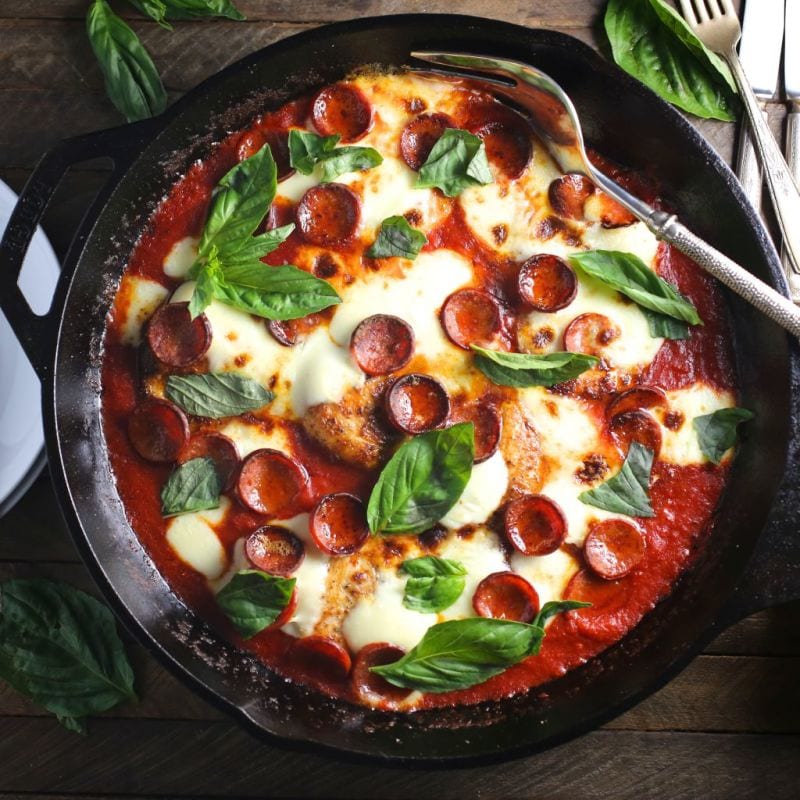