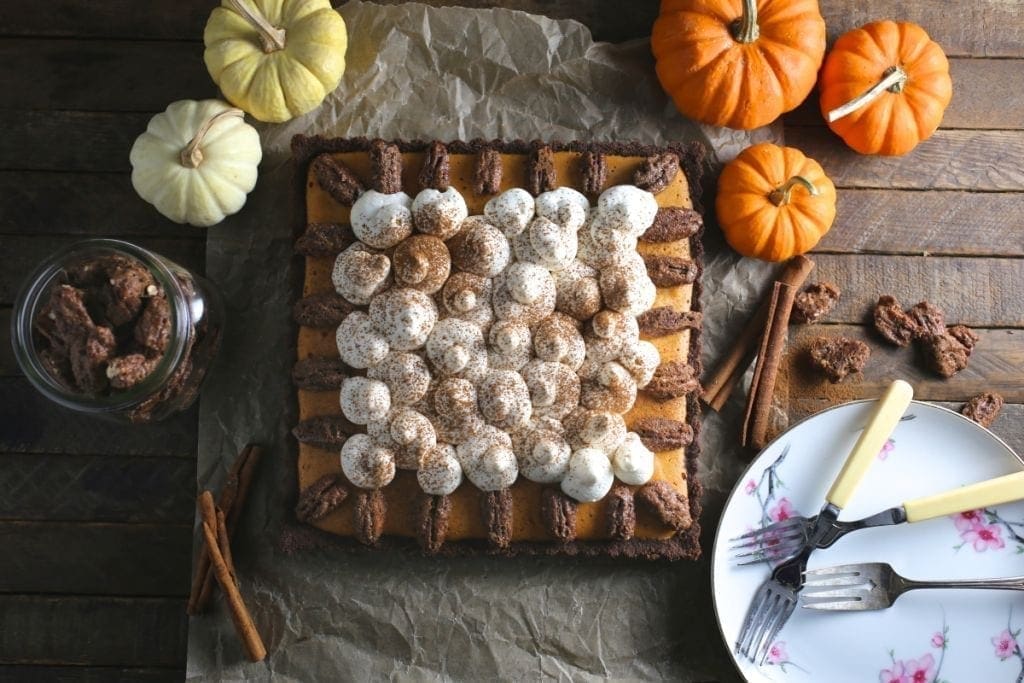 Light and airy pumpkin mousse, with a good splash of bourbon, in a rich chocolate cookie shell topped with whipped cream swirls and crunchy candied pecans. Yeah, you need to make this.

Wotcha! Very occasionally we at Nerd HQ rifle back through the posts of this blog and try to find ingredients which haven’t been well-represented. It being autumn, and almost Thanksgiving and all that, we thought – heck it, let’s do pumpkin. It’s been a while, right? And then we looked back through the archives and realized we’d actually never done anything bloggable with pumpkin. (I don’t mean “unbloggable” like we’d done weird, private things with pumpkins, you nutter. I just mean we hadn’t cooked anything and photographed it.) 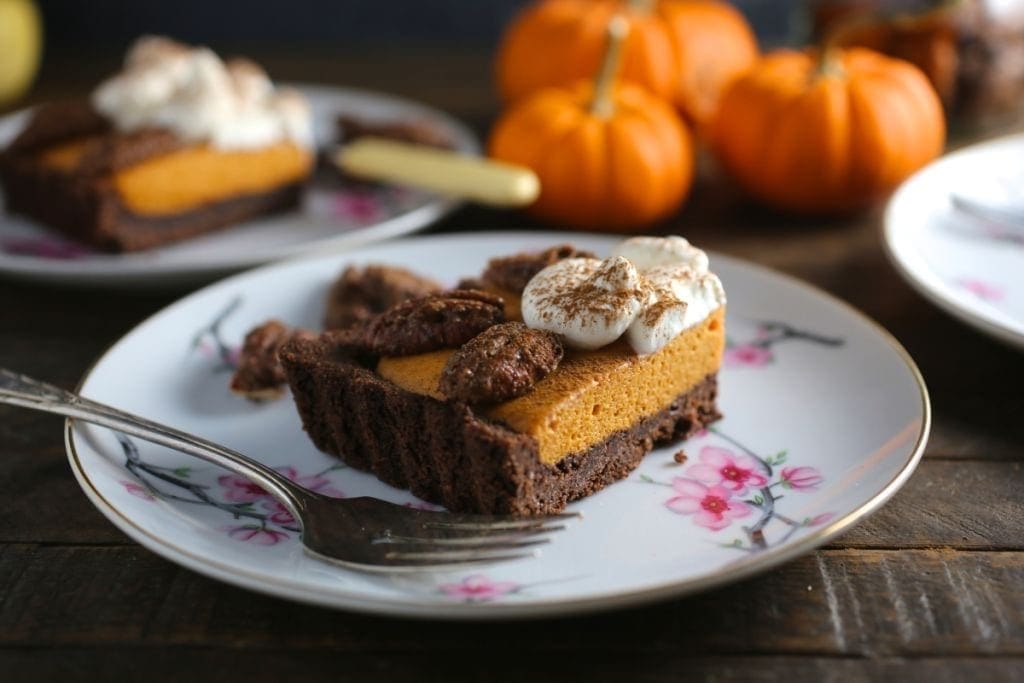 “Pumpkin” is one of the great food words. It’s just really fun to say! Apparently the etymology is medieval French for “big round melon thing”, which, I have to give it to the medieval French, is quite accurate, if slightly pedantic. Much more interesting, in my opinion, is the 1834 novel “Some Passages in the Life of Sir Frizzle Pumpkin” which I haven’t read but am 100% certain is some juicy Victorian porn. (“Oh, Sir Frizzle!”) At the other end of the cultural spectrum, and perhaps slightly closer to the true nature of the vegetable, there’s “Pumpkin”, an Alison Goldfrapp collaboration from Tricky’s 1995 debut album Maxinquaye, which begins promisingly: “Pumpkin / You’re hollow within”, but then descends into pretty warbling nonsense, so thanks for that, Tricky. 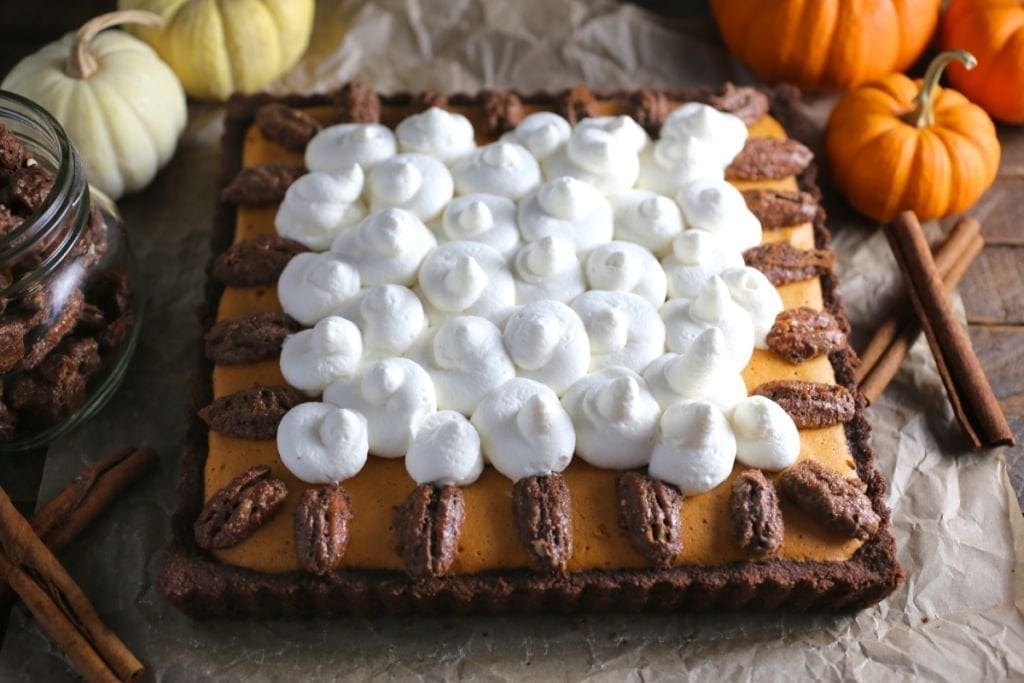 We’ve made pumpkin pie in the past, and a cheesecake variation, but this is the first time we’ve planned a pumpkin mousse for Thanksgiving. I like this version because it’s much lighter than a pie, and you only have to bake the crust (the whipped eggs actually get cooked just by adding a hot sugar syrup). It also hews enough away from the traditional to mark you out as, dare I say it, a bit of a maverick. Just a bit of one, sunshine: you’re making a mousse, not sticking it to the Man. It’s not quite like you’ve thrown away the pumpkin rulebook, more like you’ve leafed through it a bit and thought to yourself “you know what, these are very sensible pumpkin rules, but I have another idea”.

We’ve topped the pumpkin mousse with candied pecans – you can find the recipe here. They’re totally optional, but highly recommended. Go on. You know you want to. 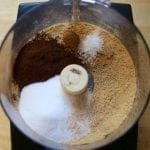 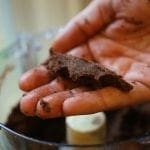 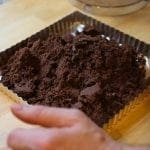 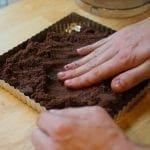 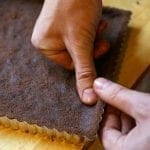 Mildly adapted from this Martha Stewart recipe, this tart has a few steps but all of them are very doable. The crust a basic graham cracker variety, but with cocoa powder added to give it a lovely dark, rich flavor. Easy, delicious. For the filling, you will want to have a candy thermometer (or a Thermapen) because you need to cook the sugar to the firm-ball stage (245°F/120°C ). This, along with the gelatin, adds structure to the mousse, allowing it to set up when chilled. If you’re winging it without a thermometer (again, maverick), you’ll know it’s ready when it just starts to get thick but before it browns (seriously though, use a thermometer). 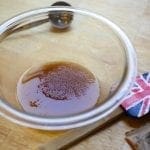 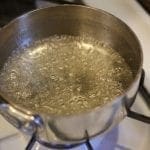 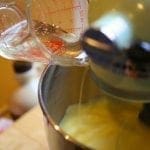 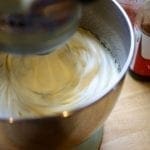 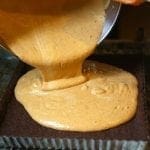 A note about quantities. You can make the pumpkin mousse either as a flat tart (in a 9 or 10 inch round or square tart pan) or as a pie. The amounts specified in the recipe will give you enough to fill a pie dish – if you go for the tart option, as we have in the photographs, you will probably have a fair bit of pumpkin mousse left over. Not enough for a second tart, but enough to throw in a sealable jar and nibble on the day after Thanksgiving. (Or you could use it with a partner or close friend to act out your own personal interpretation of scenes from “The Life of Sir Frizzle Pumpkin”. You filthy deviant.) 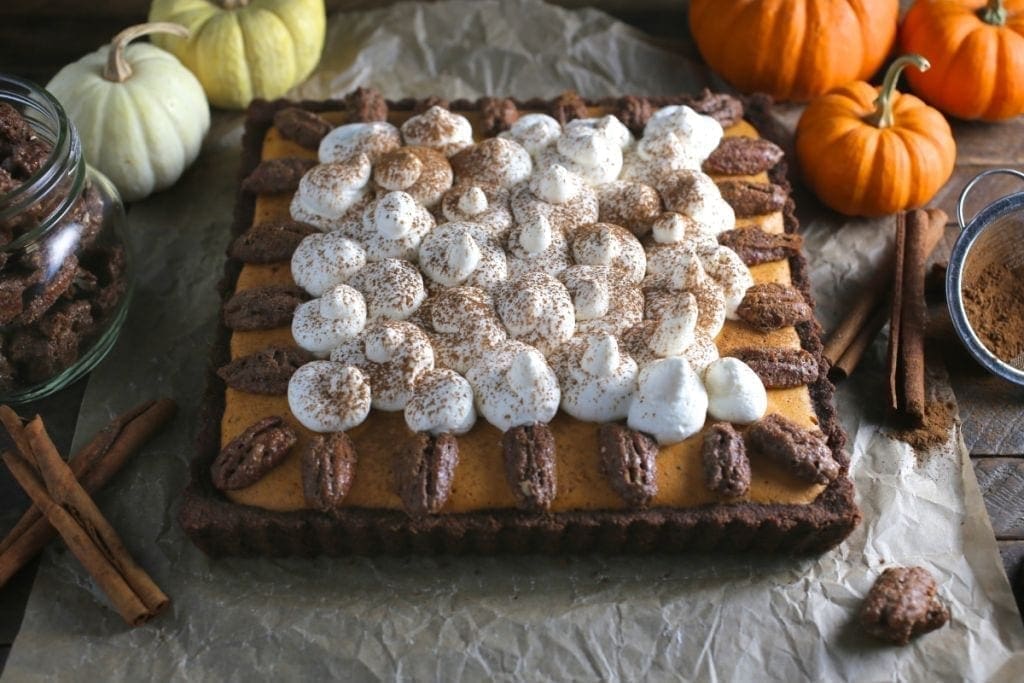 You can pipe on the whipped cream or just swirl some on top with a spoon. 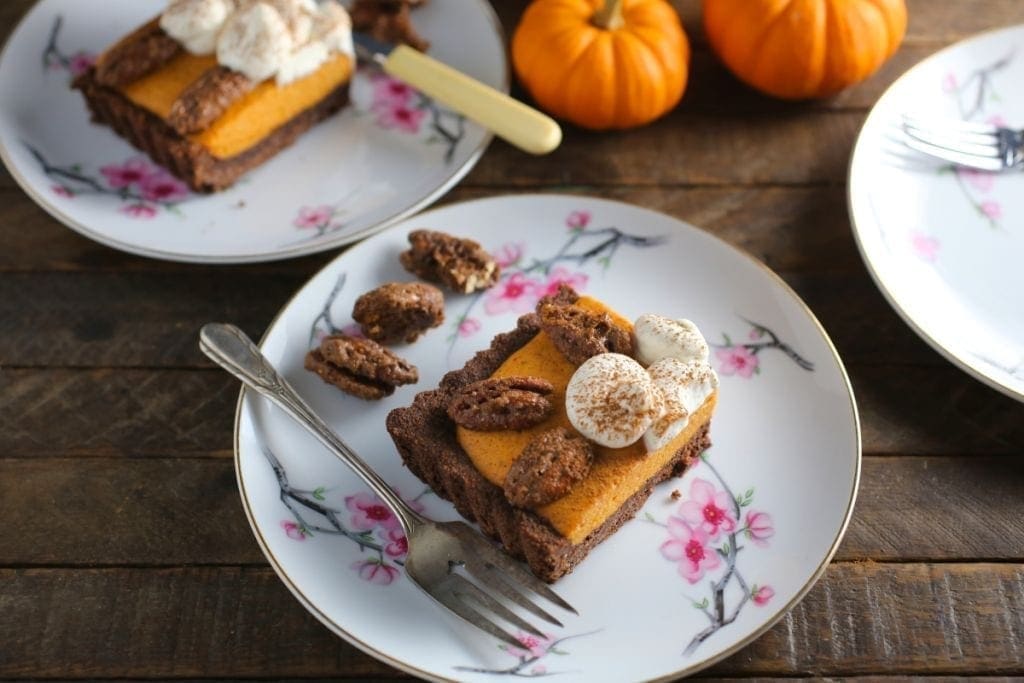 Serve pumpkin mousse with some extra candied pecans, if you like. 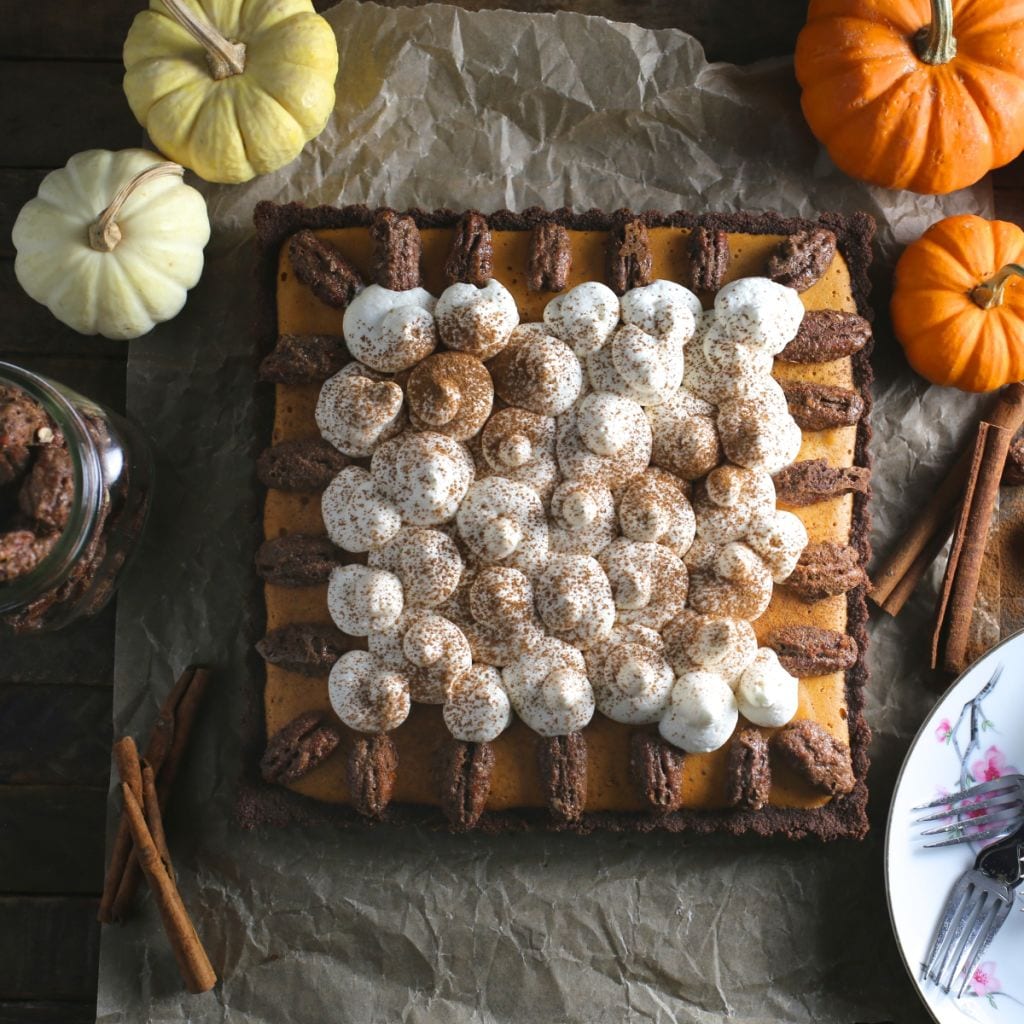