Rich, creamy, and unapologetically boozy, this is an egg nog whose virtues are sung by poets. Probably. Once they’ve had a few.

LTRs (long-term readers) of this site may remember this recipe from a few years back, but we’ve updated the recipe and pictures so it’s like a whole new article! (It’s mostly the same old article.) Casual droppers-by (CDBs) won’t know any better, so for you, here’s our Christmas present to you: egg nog made proper.

If you’ve never had real, homemade egg nog, I can understand why you might be wrinkling your nose and shaking your head right now. Most mass-produced versions are pretty horrible. In fact, the only store-bought version that doesn’t make me gag is from Ronnybrook Farm, which while delicious, also costs a friggin’ fortune. You’d need to take out a bank loan if you wanted enough for a party.

Surprisingly, real egg nog is actually very easy to make and it’s a shame that so few people do it. Fortunately for me, my mom makes a killer egg nog so I know how good it can be. This version is unapologetically rich and boozy in the most wonderful way. In fact, Matt and I had a little tree-trimming party the other night and just about everyone who claimed not to like egg nog ended up slurping up several cups full. Needless to say, a lot of fun was had. For those of you who are worried about consuming raw eggs, history and science have proven that with enough booze, bacteria will not be an issue. Science says so! Of course, use good eggs. Fortunately, we have almost a constant supply of fresh eggs from our resident chickens. 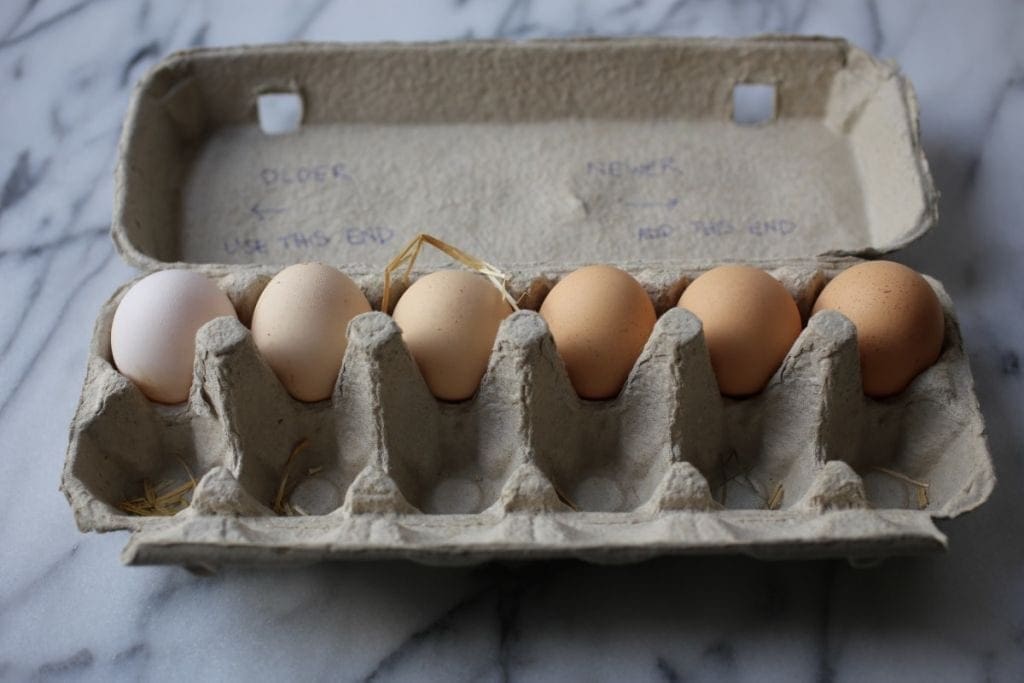 Your eyes are not deceiving you. Our chickens laid a beigebow of eggs. Now that’s talent. As opposed to certain other members of our household menagerie, who can’t even hold a pose wearing reindeer antlers without blepping. Here’s the process. This makes what seems like a lot (it’s a gallon) of nog, but believe us, you’ll always wish you’d made more. And you can make this a while in advance, provided that you refrigerate it (and use enough alcohol). Some people claim that you can make egg nog a year in advance, but we’re perfectly happy with the results after a month. Also, we don’t have the fridge space to spare.

You’ll definitely find that the flavors in the eggnog will mellow as it sits, taming the bite of the alcohol. While it’s delicious after just a few hours, we like it best between 1 to 3 weeks. 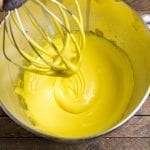 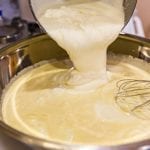 The process is simple: separate your yolks into a mixer bowl (we like to put the whites in ice cube trays and freeze for storage) and beat them until they thicken a little and turn a lovely pale yellow. While continuing to beat, stream in the sugar slowly, whisking until it gets even thicker (you’ll see a ribbon like in the middle photo above, when you lift the beaters out). At this point we also add our vanilla seeds (not traditional in nog but oh so delicious) and nutmeg. Next, add the milk and booze, whisking on low speed so you don’t end up wearing the mixture.

Note: If you plan to age your nog longer than overnight, don’t skimp on the alcohol. It’s needed to keep the mixture from going off.

The next step is to whip the cream to soft peaks, with a little more sugar. We transfer the egg mixture to a large bowl so we can use the same bowl to whip the cream. The the lightly whipped cream gets folded into the egg/milk/booze mixture and you’re done.  Pour it into an airtight storage container and keep it chilled until you’re ready to serve it. The cream tends to rise to the top so it will need to be stirred before you portion it out.

The hardest part is not drinking it all before it has a chance to mellow in the refrigerator. 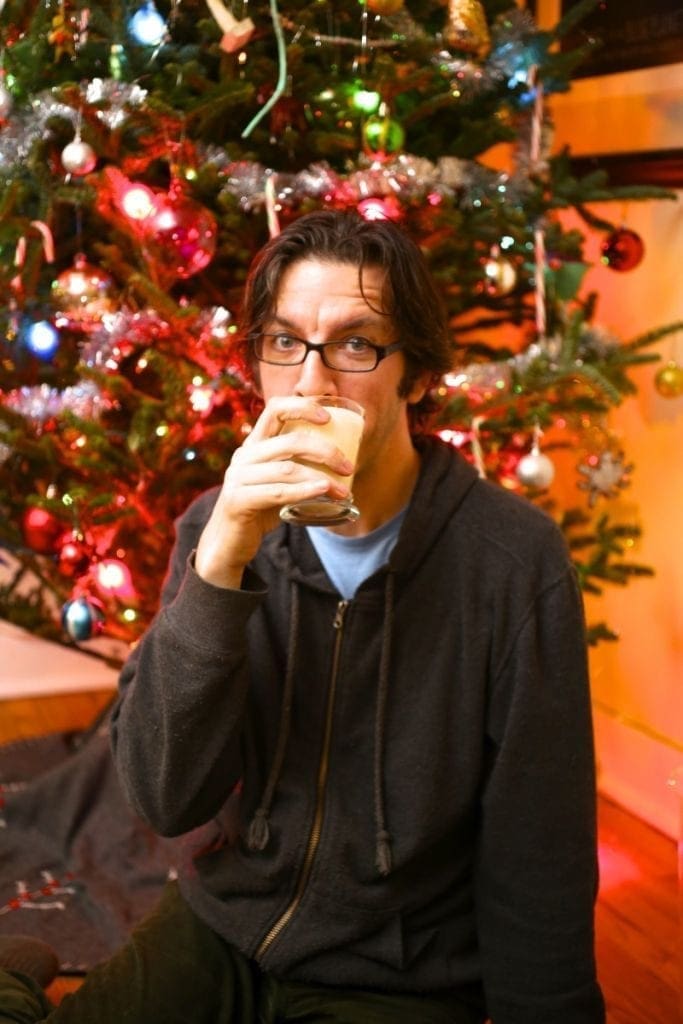