With the exception of East Williamsburg, just about every apartment I rented in New York City had at least one bodega on the corner. In fact most blocks had several bodegas, a couple of Korean fruit & vegetable markets and possibly a Whole Foods/Trader Joes.

Now that we live in the Hudson Valley that’s just not the case any more (though now we own a house and have a garden and a dog and a bunch of chickens*, so okay, fair trade). But the truth is that, even three years later, I’m still adjusting to the idea that I can’t yell out my window and have someone throw a jalapeño at me.

*I didn’t include cats in this list because I always had cats in the city.

So the other day, I’m walking around the grocery store and find that organic, thin-sliced chicken cutlets are on sale. “Awesome!” I say to myself, because I am literally that much of a dork.

Now if you follow this blog at all, you might have noticed that I almost always use thighs for baking and roasting because I think they have much more flavor. But the one thing you can’t do (easily) with chicken thighs? Stuff them.

So now I’m imagining some kind of crispy, panko-crusted chicken stuffed with some sort of cheesy, creamy, spicy deliciousness. Sounds good right? I thought so too, until I got home and realized that I had completely forgotten to get jalapeños which, surprisingly enough, happen to be a rather important ingredient in jalapeño-popper stuffed chicken.

I hemmed and hawed about it for about four seconds before I decided that, yup, nothing else would do. Back to the store for three dollars worth of chiles.

I don’t regret a thing.

The stuffing includes jalapeños and cream cheese, of course. But also cheddar, scallions, garlic and lime juice and zest. 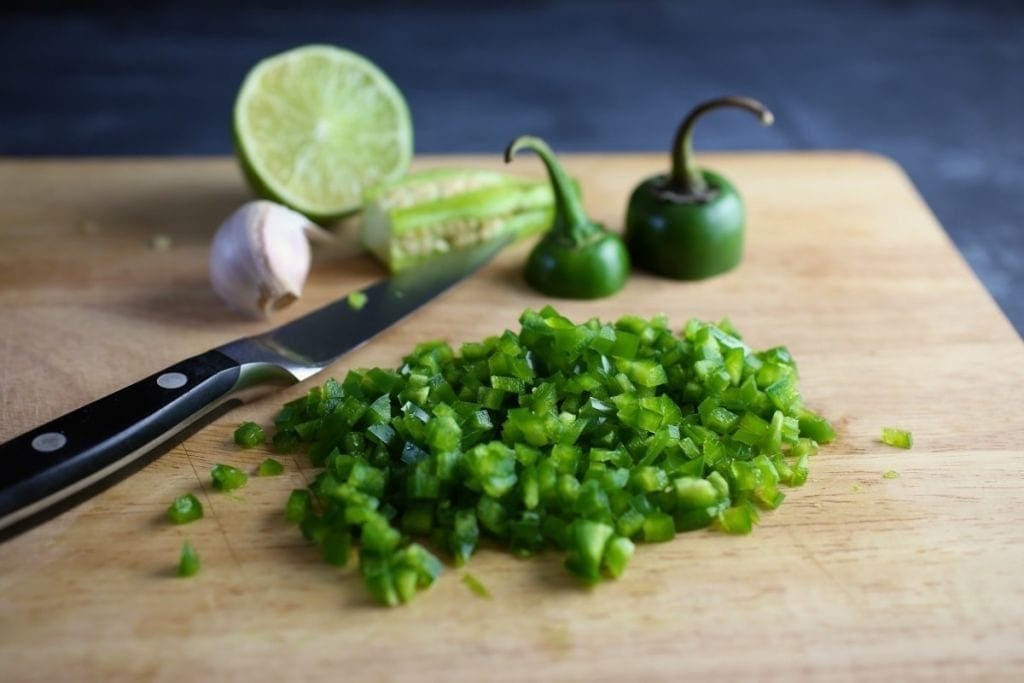 Dice the chiles finely and then WASH YOUR HANDS! 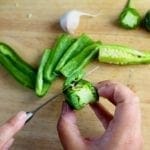 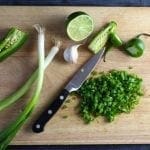 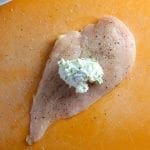 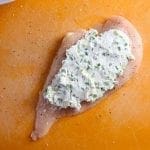 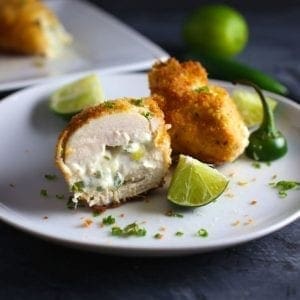