I hated fish so much as a kid that I would fake allergies, stomach aches, symptoms of the plague to keep from having to eat anything from the sea (except seaweed which I loved, oddly enough). Every so often, my parents would take my brother, Nick, and I fishing off of Sheepshead Bay in Brooklyn. We would have to wake up at 4:30am to get to the charter boat on time, which (in my memory) was always filled with cranky old Brooklyn mobsters.

Being on the water was exhilarating though, and I loved the excited chatter that went around the boat when anyone felt a nibble on the line.  At least once, I was the only person who caught anything which would fill me with dread because that meant, at some point, we would be expected to eat it. 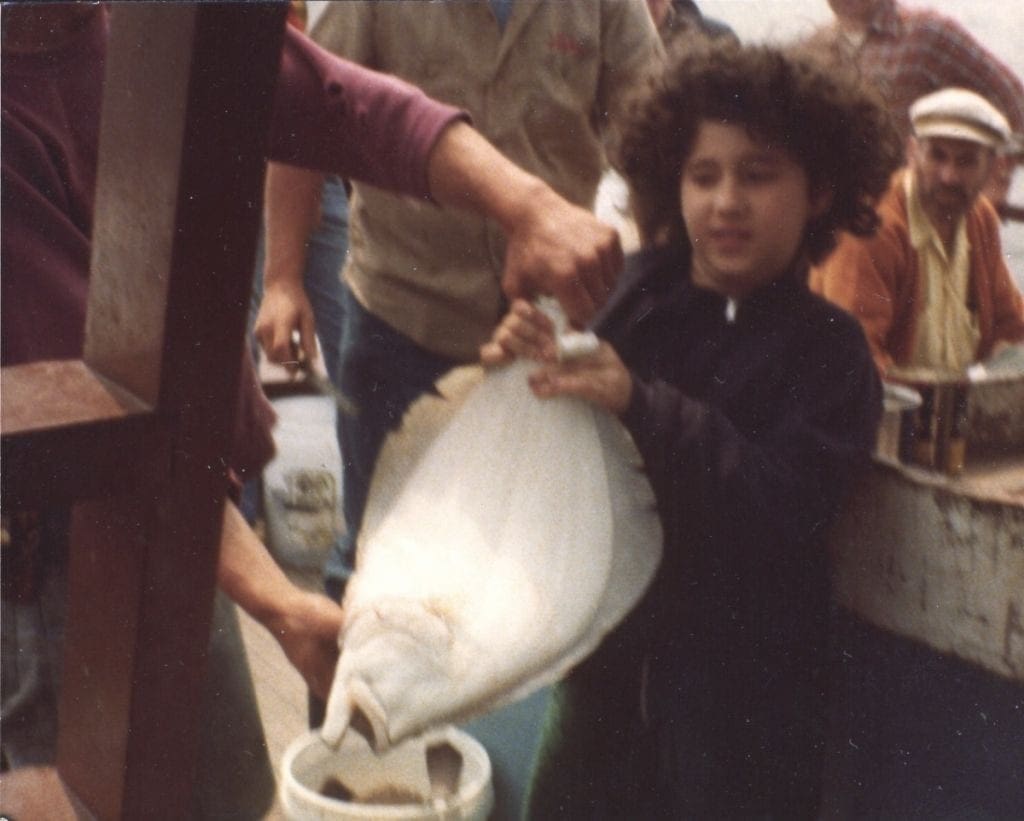 Now I love seafood of all kinds and most weekends we buy something from the fish vendor at the Cold Spring Farmers Market. Often it’s swordfish steaks or blackfish filets but this week I really wanted shellfish. I’m always surprised at what a good deal mussels are. They are also one of the most eco-friendly seafood choices.

We mixed mussels and clams together but you could definitely do this with one or the other.

Ingredients
Directions
Rinse the mussels and clams under cold running water while scrubbing with a vegetable brush. Discard any with broken shells.
Heat oil in a 6 to 8-quart pot (an enameled dutch oven is perfect). If using, add the pancetta and sauté until crisp, remove with a slotted spoon and reserve. You can remove some oil if there’s too much, leaving about 2 tablespoons in the pot.
Sauté the shallots, garlic and thyme until soft and wilted but not brown. Add the mussels and clams and give them a good toss. Add wine, lemon juice, and red pepper flakes; cover the pot and steam over medium-high for 5 minutes until the shellfish just open.
Toss in the reserved pancetta, parsley and butter, cover the pot again, and steam for another minute.  Taste the broth. it will probably be salty enough just from the shellfish but add a pinch of sea salt if you think it needs it.  Serve with plenty of crusty bread to sop up the broth.
Nerd tips:

I didn’t take pictures of this dish because we had friends over when I made it so, for your viewing pleasure, here are some more ’70s fishing pictures.

Oh, the hair. And the glasses.