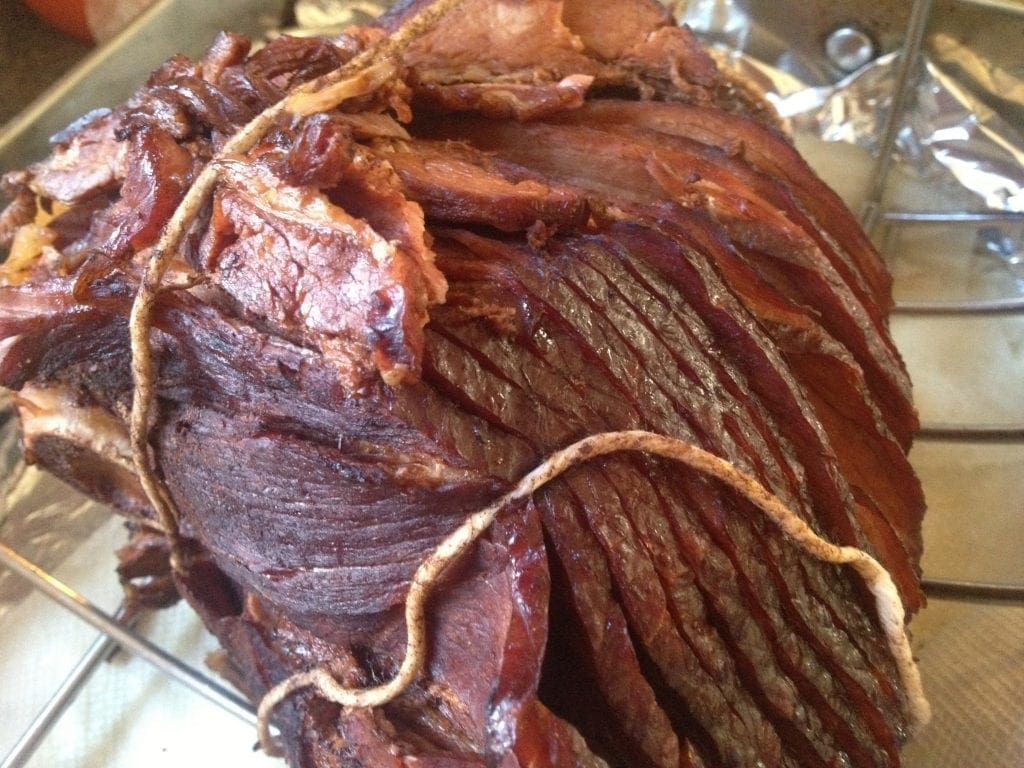 You can, but you shouldn’t. Here endeth the lesson (and the ham).

Seriously, though, this was a good lesson in experimenting for us. We wanted to put together an Easter dinner for our family. We knew from research (but not experience) that ham in cola is a popular recipe. Here are a couple of examples of what we were after:

Looks good, right? Ham in cola seemed like an easy win, until we realized that we could not find a plain, cooked (but uncut) ham in the store for love or money. All that was available were the spiral-cut variety. So we thought we’d give it a go anyway.

Reader, do not follow us down this path. Boiling a spiral cut ham is literally a recipe for disaster. It’s probably the original accident from which the phrase “recipe for disaster” comes. I’m sorely tempted to use “recipe for disaster” as an SEO term for this article. But yes, in hindsight, boiling a pre-cut ham was a bad idea. It just fell apart in all kinds of unattractive ways, as you can see from the picture above. We have since found recipes which bake the ham with a cola glaze, which might have just as good a flavor impact.