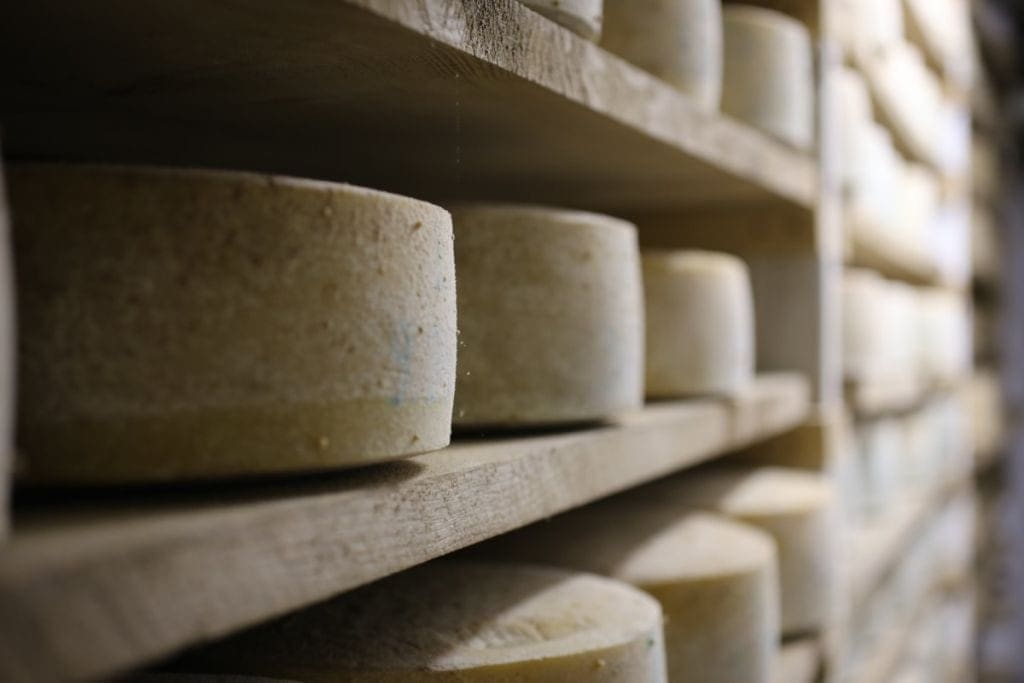 Last month we stepped into the world of cheese making for the second time.

The first time was a few years ago, back in Brooklyn. The aim was “fromage blanc” which is a very lightly developed, soft cheese, like ricotta. All cheese needs some kind of culture to start the process of acidification, and you can certainly buy them from specialist sellers, but for this recipe we used buttermilk. (We ordered rennet from Ricky Carroll’s rather goofy but comprehensive New England Cheesemaking site.) We had so much difficulty (in Brooklyn!) finding good butttermilk that we ended up, for the first batch, using the dried variety, which is supposed to still contain live cultures. So essentially you warm the milk, add the culture and rennet, wait for the curds to develop, and drain them in cloth (we hung it from the showerhead, like the gonzo rapscallions we are). Anyway, this first batch didn’t so much curd, as curdle. The instructions mentioned a consistency like greek yogurt, and that didn’t happen. It looked more like cottage cheese. Still, we dutifully hung it up and drained it for a day, and carefully tasted it, and decided that we were probably going to do ourselves some harm if we ate it in any quantity, so we tried again. The next batch used fresh buttermilk, and was the correct consistency on curding, and we flavored it with salt, pepper and olive oil and declared that it was good. 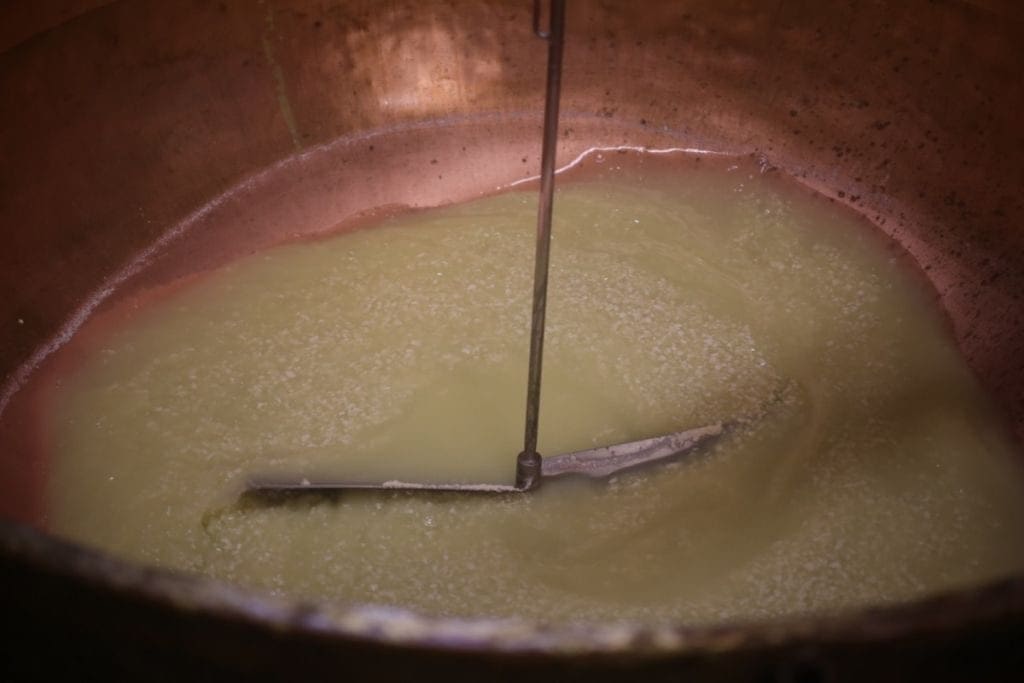 This time was more in the form of a group class. It was held at Hawthorne Valley Farm, a medium-sized operation further upstate, by the Taconic Parkway. The farm’s focus is dairy cattle, but they also have pigs, and land for planting. It is run on biodynamic principles, the details of which seem suspiciously unscientific under examination, but the essential framework is that of an organic farm which practices a holistic view of the land and the animals and food which is produced there. By-products are, as much as possible, re-purposed. (For example, the whey from cheese production is used to feed their pigs.) And they have a great farm store, selling their own produce – including raw (ie unpasteurized) milk – and other organic goodies.

The name of the class was “Take Home a Tomme” (a Tomme is an Alpine cheese), and it was led by the farm’s cheese maker, Peter Kindel. Peter clearly has a passion for the work, and shared his knowledge of cheese lore throughout. (For example, the difference between summer and winter cheeses – cows store more fat over winter; their diet contains more water in the summer, and so the chemistry of their milk changes over the year).

Now, we don’t actually get to take it home until later in the year – since the milk is raw, the FDA doesn’t let the farm sell it until it’s been aged for at least two months. However, we got to see the initial stages of cheese production – the milk was heated in a huge copper pot (see below), cultures added, and curds were formed and cut. (Everyone got to stick their hands into the curds to give them a good mush around.) 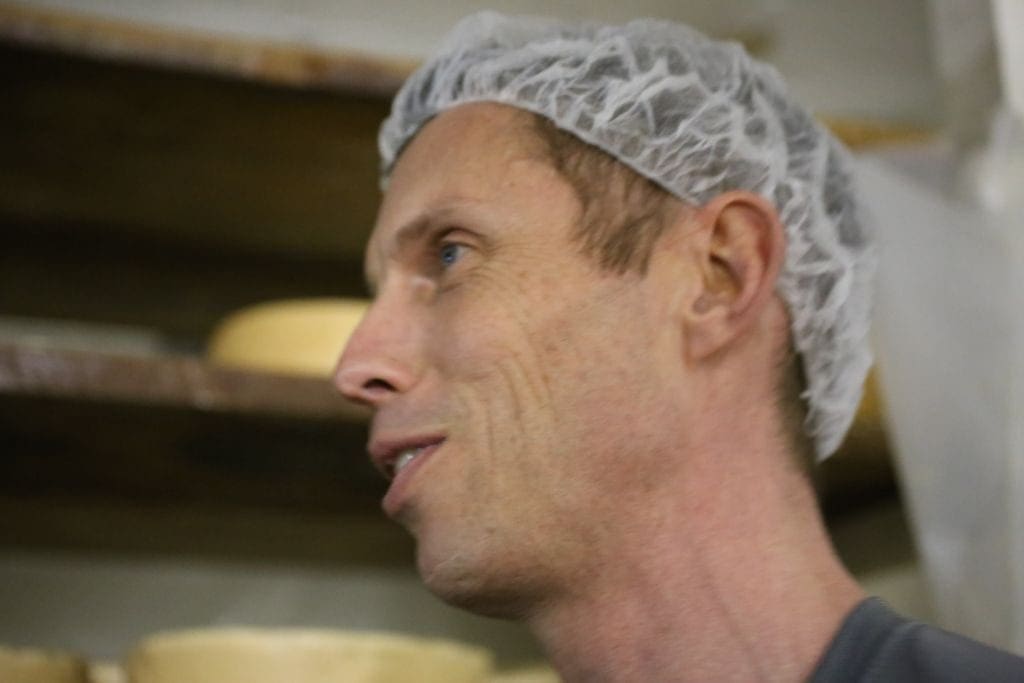 After enough time, the curds were poured into molds (basically, buckets with holes) and drained. Although we didn’t get to see it, Peter then brined the tommes the next day and stored them in the aging room (really, a cave-like chamber in the basement with cheeses at different stages stacked on shelves). 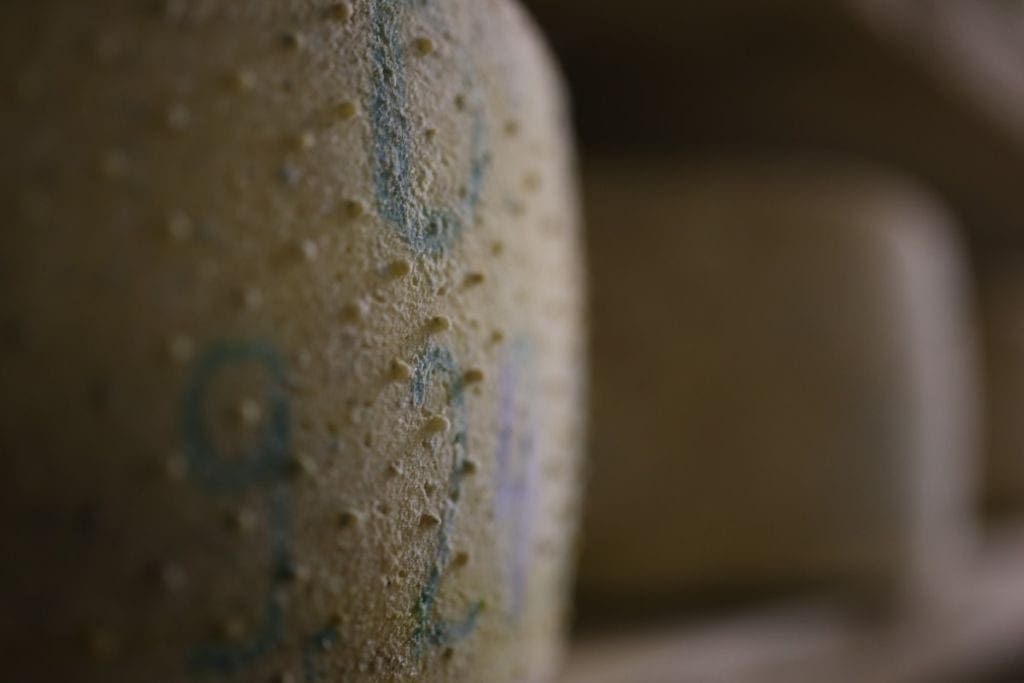 We’ll pick up our tomme in June. If the wheels in the aging room are anything to go by, I have an idea our cheese is going to be really stinky.