A blackberry ginger fizz is a great cocktail for using up your late summer blackberry haul. Add ginger beer and elderflower and enjoy!

There are times in every person’s life when you have to make the hard decisions. When you find yourself at a crossroad. Do you turn left or right? Recently I was faced with one of those decisions. My own personal King Solomon’s choice, except if the baby was a blackberry. A lovely little blackberry.

Here’s how it began. It was an ordinary Sunday morning, unseasonably a little chilly but nice enough for a stroll. Matt and I headed to the Beacon Farmer’s Market, where we often buy our produce supplies for the week.

We usually get there on the early side, a half an hour or so after they open, but this particular Sunday we dragged our feet a little. We were tired, you see. I won’t bore you with the details but we’re in the process of trying to buy our first house and the stress of it had begun to take its toll. For the last month or so, pretty much every night, one or the other of us (sometimes both) will leap out of bed at 3:30 in the morning, convinced beyond all reason that this whole thing is a HUGE mistake.

Or that house we love? A MONEY PIT!

Or there is NO WAY a bank will actually give us a loan. Do they KNOW how bad our jokes are? [Matt is on the phone with the bank right now – apparently, they do.]

So we were tired and slow and showed up at the market late, after the majority of the stalls had been picked clean. Corn? Sold out by noon. Eggplants?  All gone. Sungold tomatoes? Don’t make me laugh.

That’s when I saw it. Sitting like a shiny little basket of precious jewels. The last pint of blackberries. They were tucked, almost hidden, under a pile of radishes which must have been why they hadn’t been snatched up hours earlier. It was a produce miracle!

And just as I was making my way towards them, tears of joy fogging my vision, I saw a hand reach out and scoop them up. “Nooooooo!” I screamed, startling several small children eating ice cream nearby.

But I cared not, so sorrowful was my heart. Before my eyes flashed the tart, the pie, the crumble that now would never be. “I think there might be a few plums left somewhere”, I said to Matt, despondently. Even Arya dropped the pickle she had found on the ground, so she could give me a pitying look. 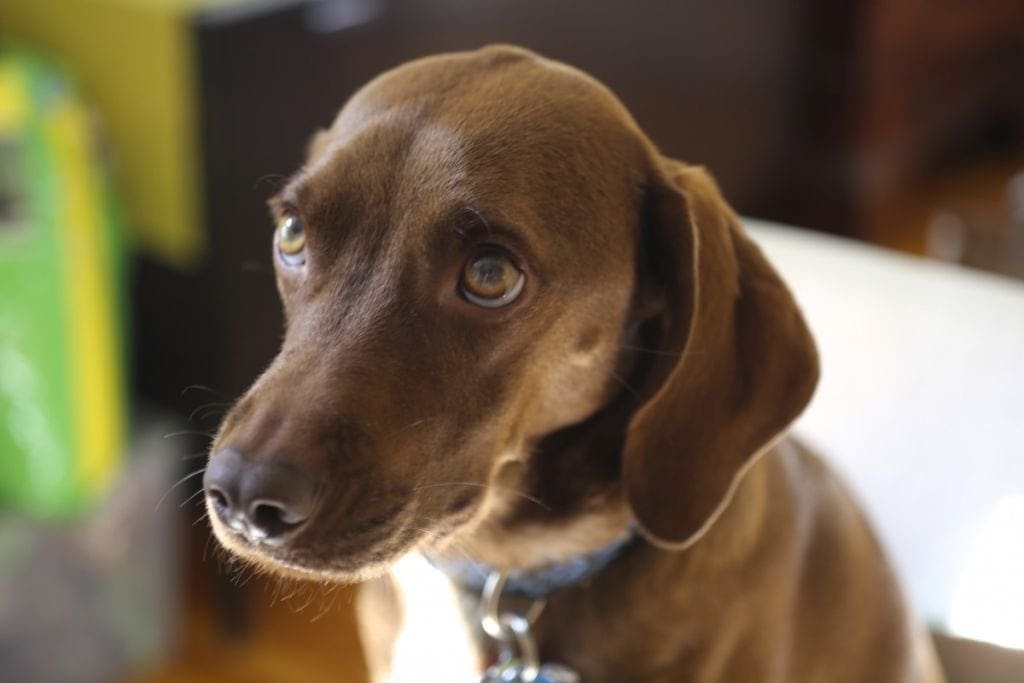 *Note: this is a re-creation of Arya’s pitying look.

I got on line holding my sad little plums, directly behind the woman who found the blackberries. She was on her cell phone, gabbing away about something (in my vexation, I remember it being something like, “Eew, a rescue dog? Gross! Put them all to sleep!”, though to be fair that may not actually have been what she was saying. You know how tricky memory can be).

Anyway, the line was backed up (someone was trying to pay for their chard with pennies. “Oh I found another one! Just need to find 75 more. Hold on.”) Blackberry woman, impatient now, started tapping her foot, looking around at the other stalls.

“Hey Hon!” She yelled to a man at the other end of the market who was on his own phone. “Are there any blackberries over there?“.

“Um, yeah. I think so”, he yelled back, not really looking.

She put the blackberries down and sauntered off to the shorter line. I scooped them up, of course, being no fool, and was pulling out my wallet when I heard her say, “Babe, those are plums! Hold on, I’ll just run back and get those blackberries from the other stall.”

The farmer looked at me. “Are you going to give her back the blackberries?”, his eyes said.

I came to my crossroad.

“Here. You found them first”, I said, handing them over.

She didn’t even thank me.

But wouldn’t you know it? I found blackberries on sale (2 for 1!) at BJs later that day. Huzzah!

When I got them home I realized that I didn’t want to make a pie, or a crumble, or a tart. I wanted a goddamn drink!

I had been thinking about this idea for awhile. Muddled berries, mint, lime, vodka. Then I remembered seeing a recipe in Bon Appétit that included ginger beer. Holy cow, is it a good combination. I changed the recipe slightly, adding a splash of St. Germaine (elderflower liqueur) to give the blackberry ginger fizz some depth. I gotta tell you, this is a drink that’s worth a bit of drama.