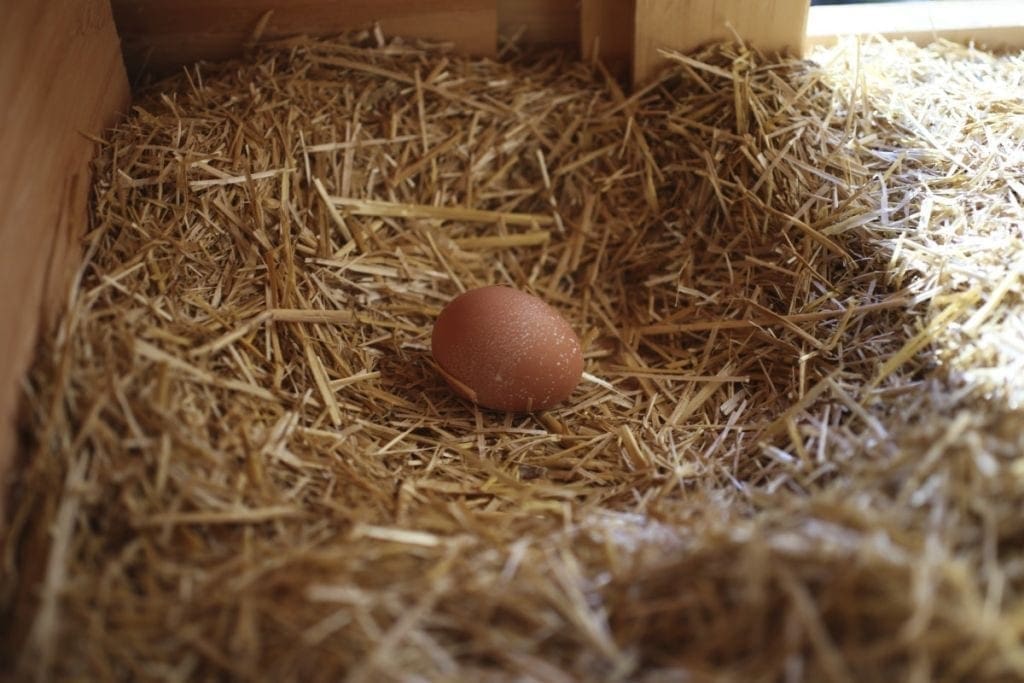 It’s been an exciting sort of week in the world of chickens around these parts.

First, we started getting eggs last weekend. I might have mentioned in our first chicken post that we weren’t exactly sure how old our hens were, but breath was baited, fingers were crossed, wood was touched, and, more practically, I purchased a couple of small plastic eggs from Amazon and set them in the nesting boxes, as if to say, “Look. You see that? That’s what you’re supposed to do.”

The days are getting shorter. My research suggested that hens need about 14 hours of daylight to lay, so I had also run a light into the coop and set a daily timer to come on at 4.30 every morning. (I’ve since relented a little and given them a little lie-in; it now comes on at 5.30 every morning. I’m not a monster.)

Whether any of the above helped, or whether it was just their time, our first small, brown, speckled egg appeared on the morning of Saturday 12th October, exactly six weeks after we first settled the chickens into their new home. The next day, one more, and the next day, two. That day I also found one of the hens crouching at the corner of the garden, and when I investigated, found it had created something with a soft shell. 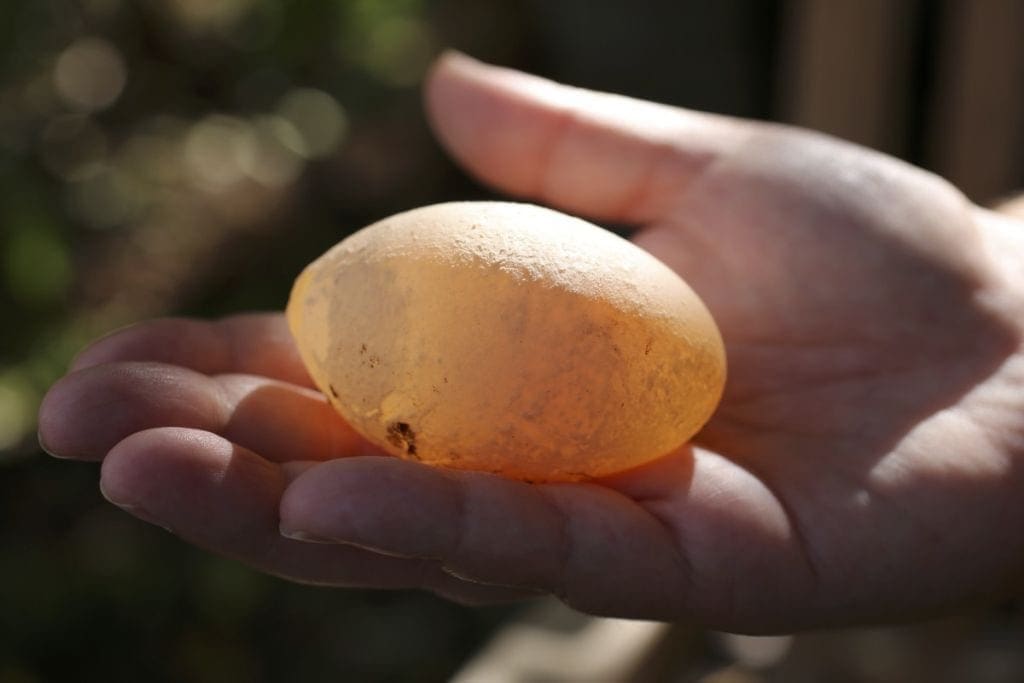 Don’t worry, we won’t feed it after midnight.

We decided not to eat that one, but it was quite beautiful.

Here’s one that we did decide to eat. Yes, it was as good as it looks. 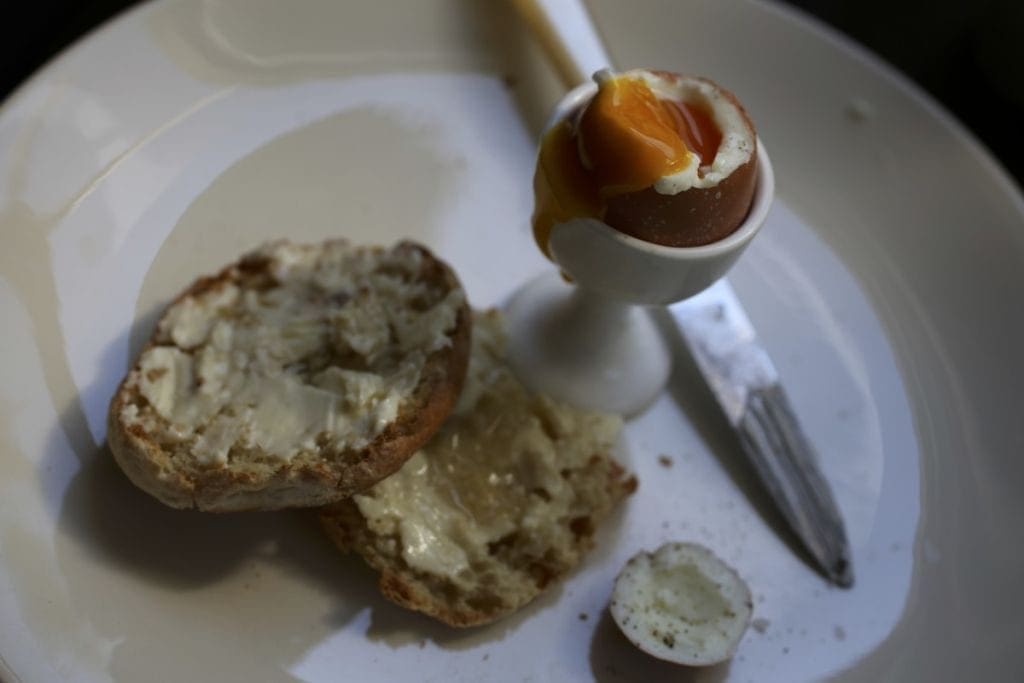 After the weekend, there was no activity all week, but egg service resumed on Monday, and we’ve had daily deliveries since then. We may well reach a full 4-a-daily complement, but I anticipate low numbers through the cold months.

The other excitement was of a city-wide nature. Last week we found out that Beacon was considering a new law which would severely restrict chicken-keeping, setting limits on the number of hens, the size and position of an enclosure, and other rules which would limit where they were allowed to roam, how they could be fed, and so on. We met up with other chicken owners at the weekend, and on Monday a group of us attended the city council meeting where the issue was discussed. Some of us made public statements arguing against the regulations; some town inhabitants stood up and made arguments for tighter regulation, and one very civic-minded gentleman, who had spoken to the full five minutes of his permitted discourse on every single topic on the agenda, stood up and yelled at the Mayor about non-chicken-related matters until the Mayor threw him out on a point of order. Anyway, it was all very thrilling. Even I got up and said my piece, and that’s quite unlike me.

We’re meeting again at the weekend, and hope to tackle this in two ways. First, I think we’re going to try to propose alternative legislation which would tackle the current offenders in town who are keeping chickens in excessive number or under abusive or unsanitary conditions. It really does seem to be just a couple of bad eggs (yes) who are giving everyone else a bad name. So now everyone’s feathers are ruffled (oh dear). The issues may seem poultry but when you have one or two people acting like cocks it’s bound to lead to fowl play. (I’ll stop.) Second, we’re going to set up a local chicken-keeping association, with the intent of organizing local owners, helping with chicken and coop management and to educate others on the benefits and responsibilities of good husbandry.

It’s all become very political! Don’t worry, I’m sure I’ll soon be back to posting nonsense about pudding or some such.