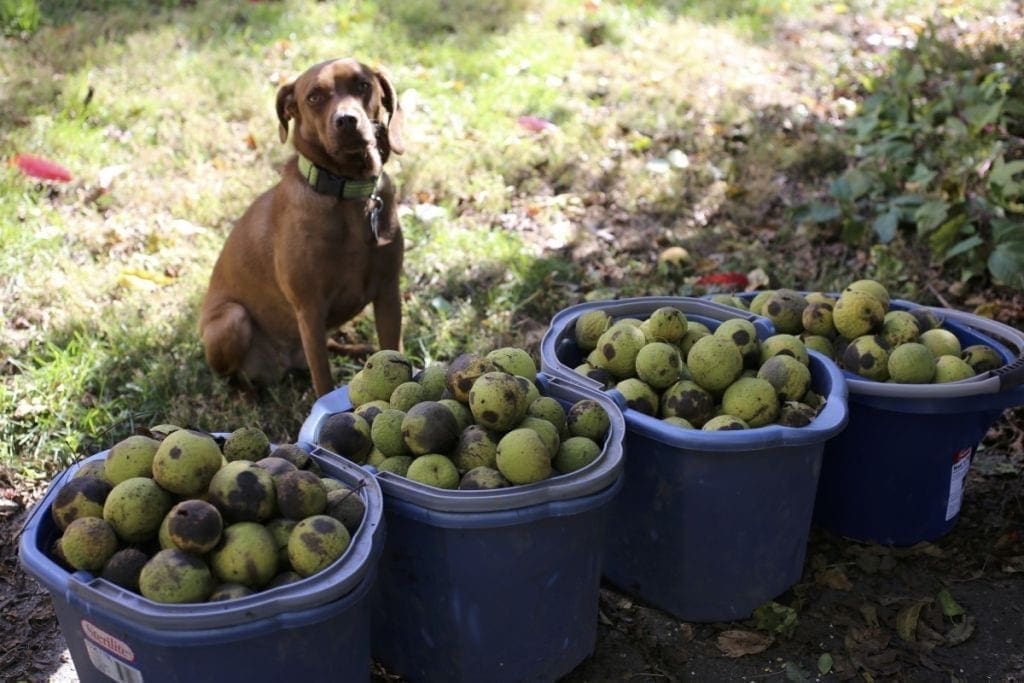 I like to tell people that growing up in England, and particularly in the Garden of England™ that is the Kent countryside, you naturally absorb, as if by osmosis, an understanding of the ways of nature. You find yourself in easy harmony with the plants, and the trees, and gardening and horticulture come as easily to you as walking, or talking. (But not walking AND talking together, let’s not fly too close to the sun, Icarus.)

It’s all bollocks, of course. My Nan loved to garden, my Mum loves to garden, I had a Big Book of British Trees (“Number 4: The Larch. The Larch.”), but other than that, the very few nuggets of natural lore that still rattle around my skull are things I remember from Scouts. (For example, did you know you can tell compass directions by looking at the moss growing on the side of a tree? I’m pretty sure it’s the north side, unless it isn’t.)

Moving back to the countryside after so long, we’re forced to cram a lot of greenery know-how into our increasingly osssified crania. For example, we have two large black walnut trees, laden each summer with green, perfumed globules, which, come the autumn, are released from their arboreal prison and sent careening into the ground. Or into a face. 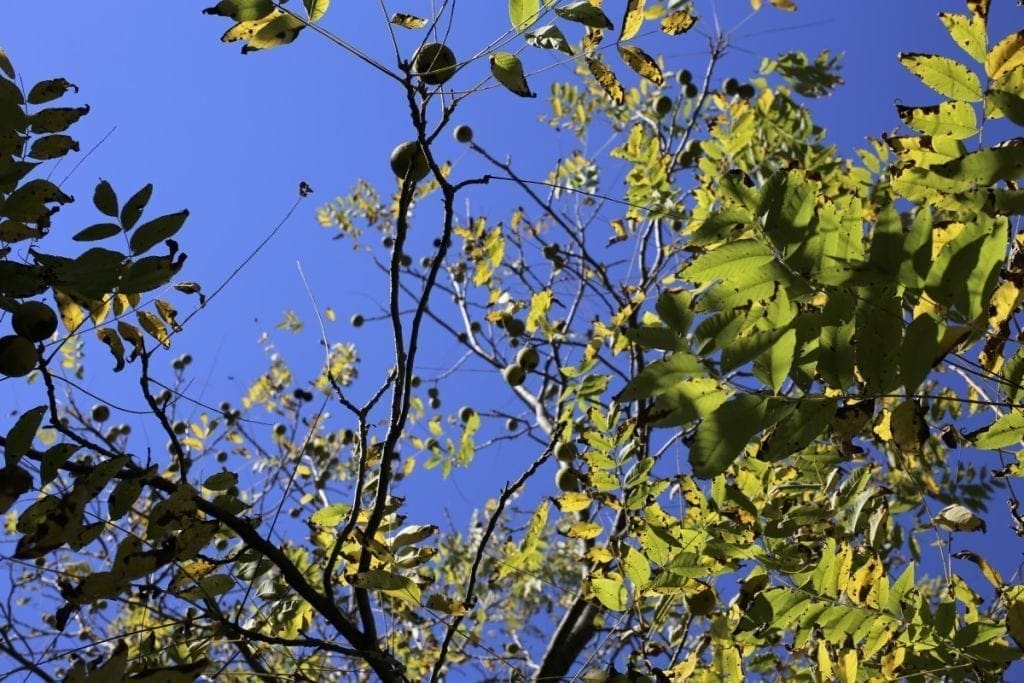 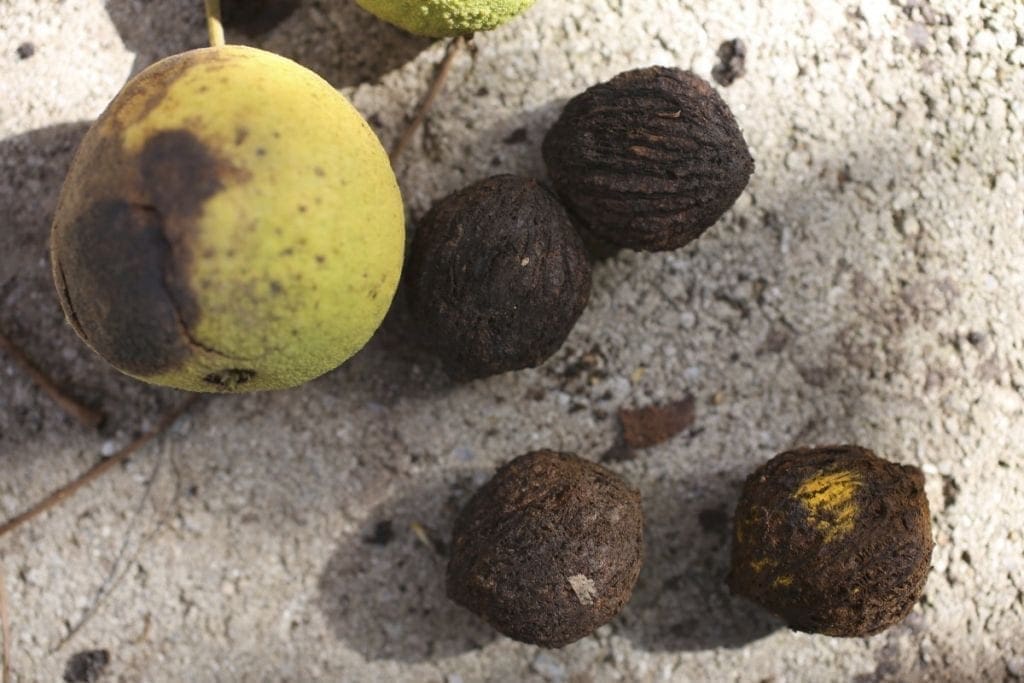 Imagine a watermelon shrunk to about the size of a peach, if you like. Or a grape which has been swollen to around the volume of a peach. Or imagine a peach. But a peach with a chitinous exoskeleton and malicious intent. Basically, these big round green things are in the trees, and they’re coming. They’ve hit us, and yes, it hurts about as much as you’d expect. A direct hit would probably seriously incapacitate a dog, and would definitely finish off a chicken.

Last year, we had a fairly modest crop. This year, we’re inundated. I’ve probably collected, in buckets, over a thousand of the little bastards. And I decided that, instead of just shaking my fist and swearing at them – alright, as well as swearing at them – I would put them to use.

The problem is that black walnuts, when ripe, have a dark husk around the kernel. The oil in this husk, juglone, will stain absolutely anything, forever. I wore a pair of ordinary work gloves on my first attempt to tackle them, about two weeks ago, and my fingers are still brown.

So last weekend I acquired a pair of industrial rubber gloves and hove to. If the nuts are ripe enough, the husks come off quite easily. But there’s still a mass of black nastiness around the shell, which must be removed. I ran the batch through several hosings and soakings, and although the water never ran off clear, eventually most of the coating was cleared off. I did an initial drying in a wheelbarrow in the sun, but have now moved them to the space above our chicken coop. I don’t think the squirrels have found it yet. I imagine if they do, it’ll be a little like Bilbo finding Smaug’s lair. But without the Smaug. Unless one of the chickens starts breathing fire any time soon. 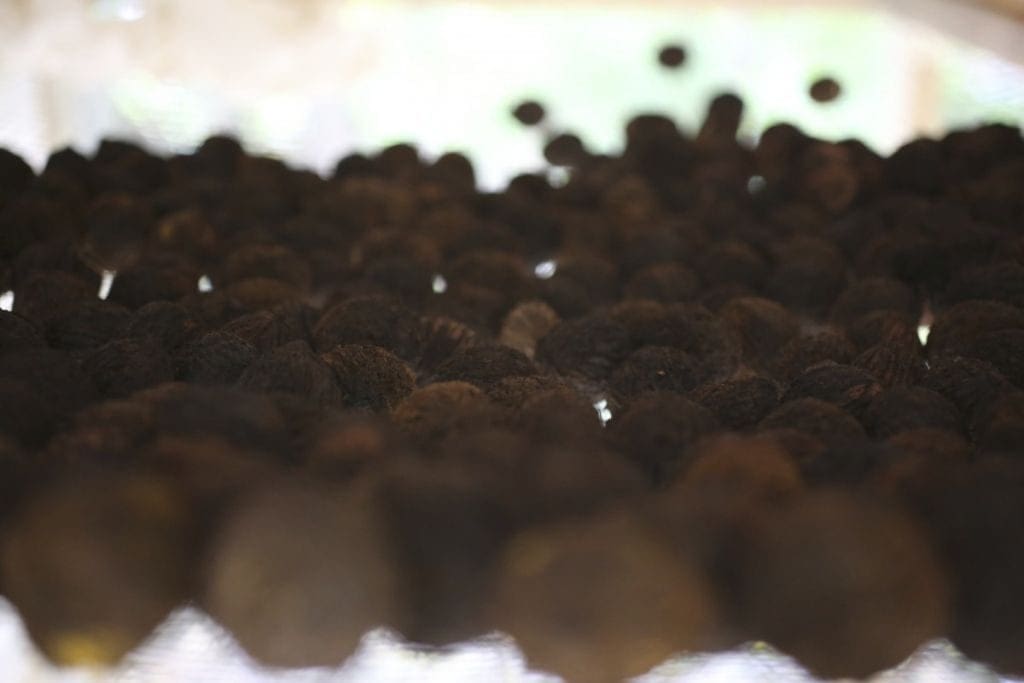 They need to cure for a few weeks, and once they’re clean, tight and dry, I’ll report back on the next stage.

(PS the whole moss-on-trees thing is apparently not really true, and you can actually find North by getting out your iPhone and running the Compass app. Frankly amazed how people ever crossed the Atlantic without these things.)