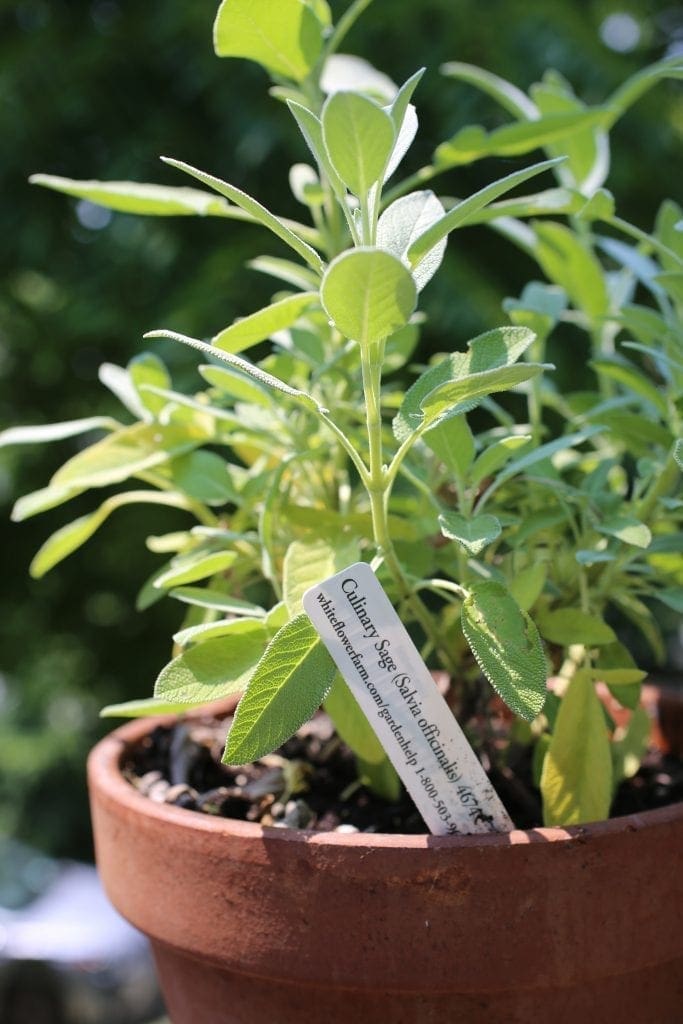 It’s been … er, a while (a SEASON) since I posted about our garden. We’ve had mixed success: the raised bed went in in early April, along with a good deal of mixed potting soil, top soil and compost in a ratio governed only by general internet advice. The vegetables from White Flower Farm started arriving soon afterwards, and in early April I planted garlic and shallots. I dug a separate patch for potatoes, and planted carrot seeds alongside them. Finally, in May, leeks, squash and cucumber all arrived. Other than the carrots (seeds from a packet), all the produce was sourced from White Flower Farm and planted in whole vegetable form. In other words, the farm essentially sent us a bag of potatoes, a bag of garlic bulbs, some baby leeks, and so on. Before we left on our spring trip to the UK, the garlic and shallots were looking great, and the potato shoots were just starting to appear. 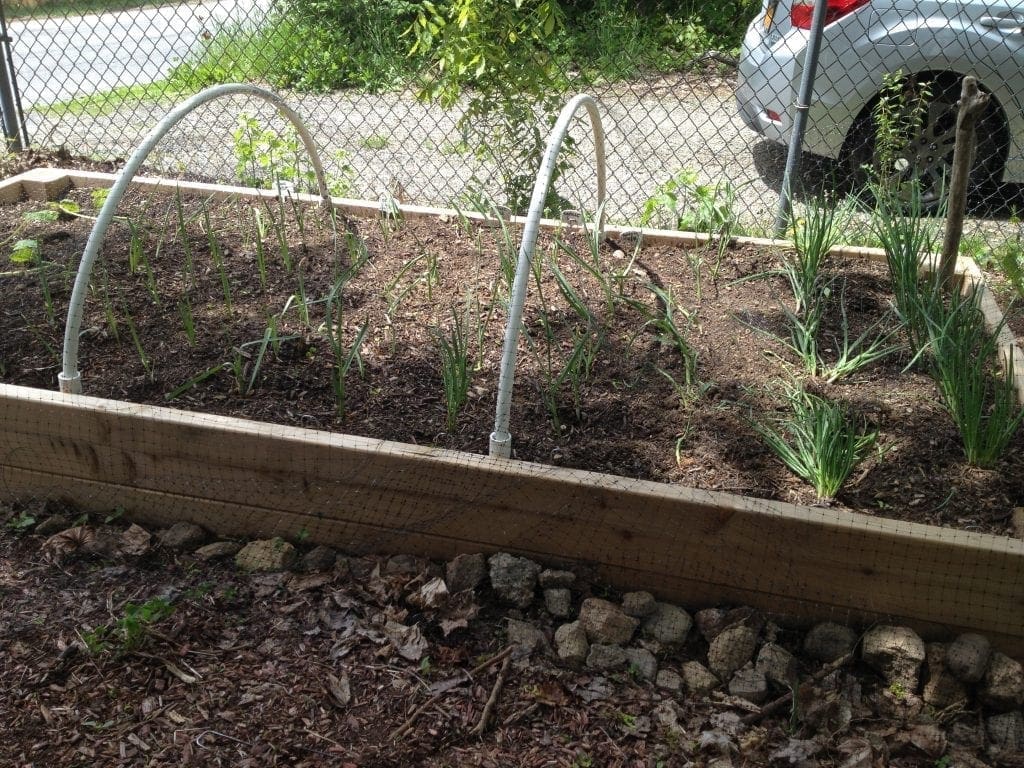 The garlic is in the center, and the shallots are on the right in this picture. Look healthy, don’t they? I set up an automatic sprinkler to make sure the plants got watered regularly over the next couple of weeks, and we left the garden to do its thing. When we returned from the trip, the potatoes were thriving – they’d shot up about three feet – and leeks looked happy enough, but the garlic and shallots were not doing at all well. While the garlic is still hanging onto life, the shallots completely died over the next few weeks. I don’t know exactly why they failed, but it’s possible they rotted due to being over-watered. 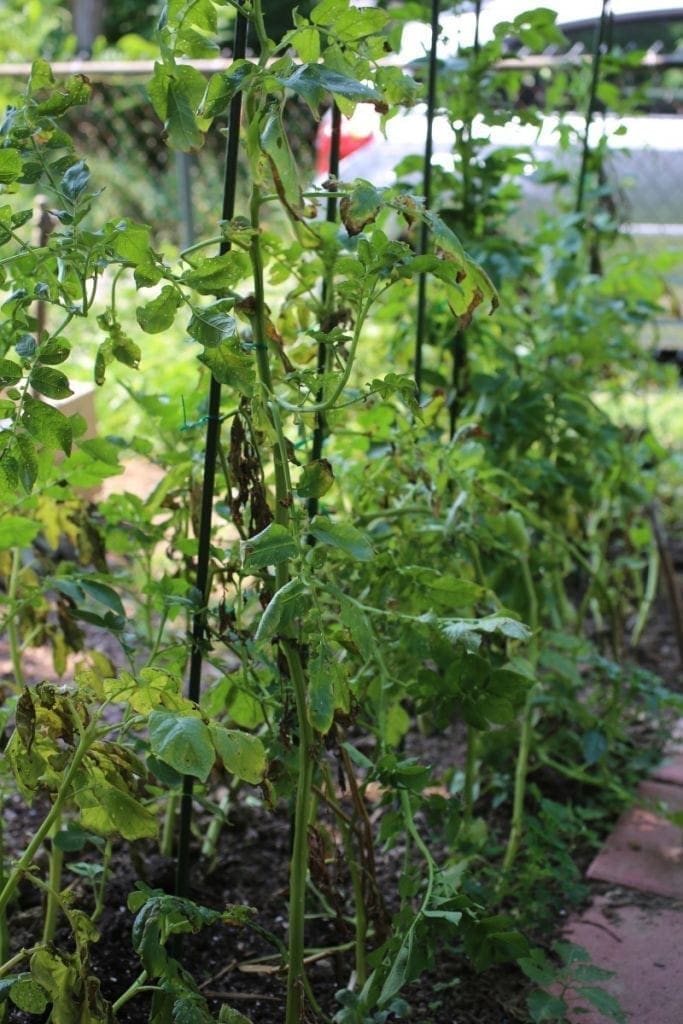 Hearty potato plants. The stalks got quite heavy and broken, and I probably should have staked them sooner. They won’t reach full tuber growth until later in the year, but new potatoes can be harvested now. I dug around for a while but only found one small potato, which I proudly boiled up with a little butter and mint. Like a dinner for a mouse king. 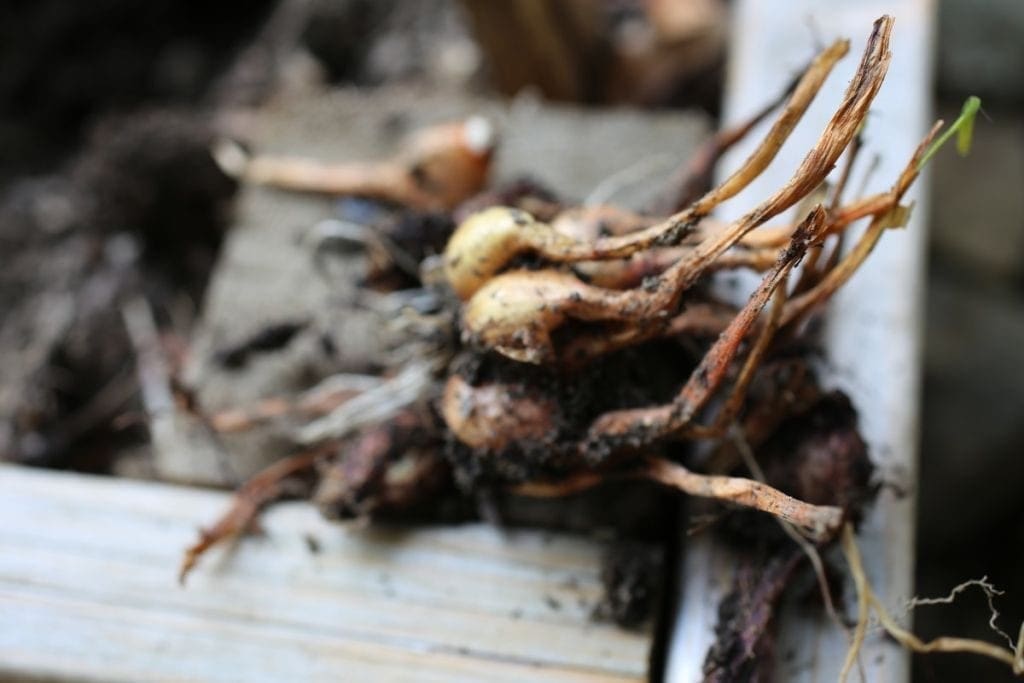 Rotted shallots. They’re really not supposed to look like this.

We also now have a good selection of herbs up on the deck, as well as tomatoes down by the shed. 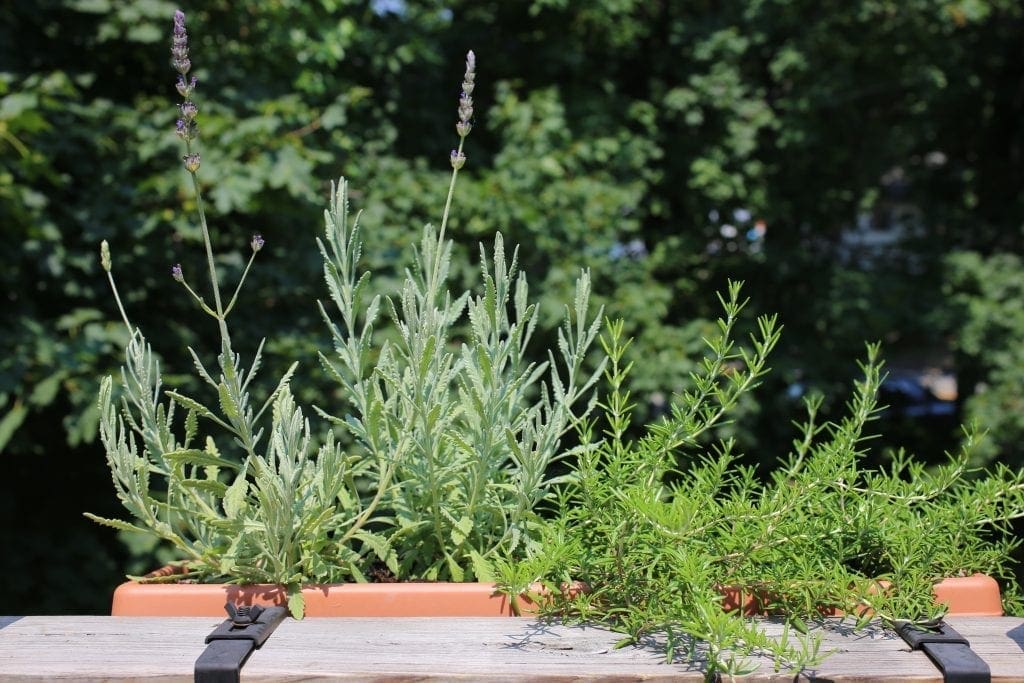 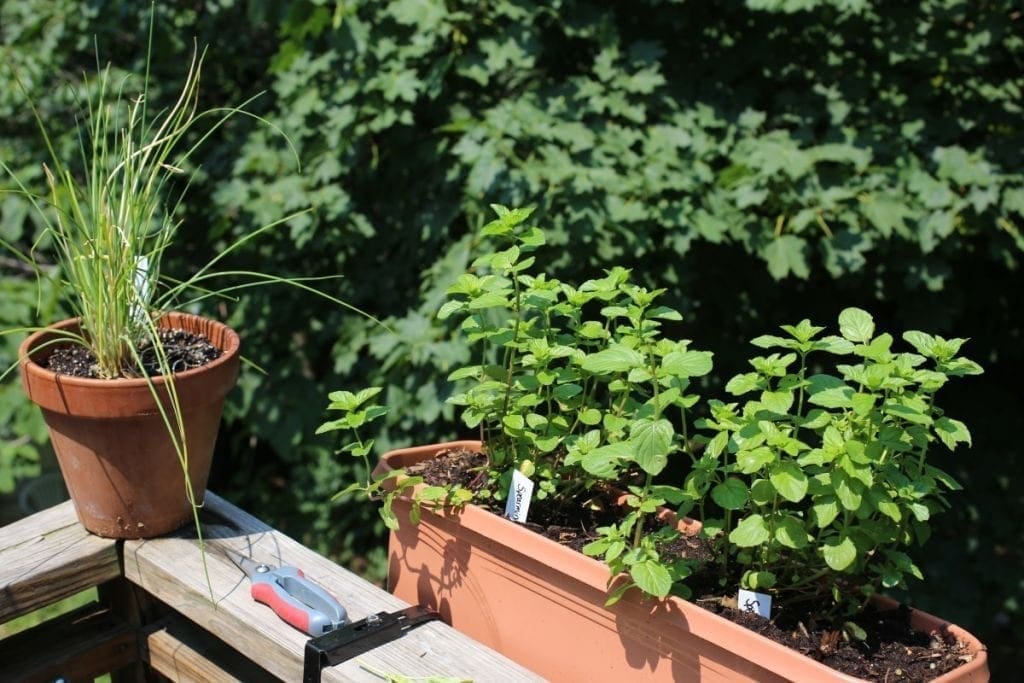 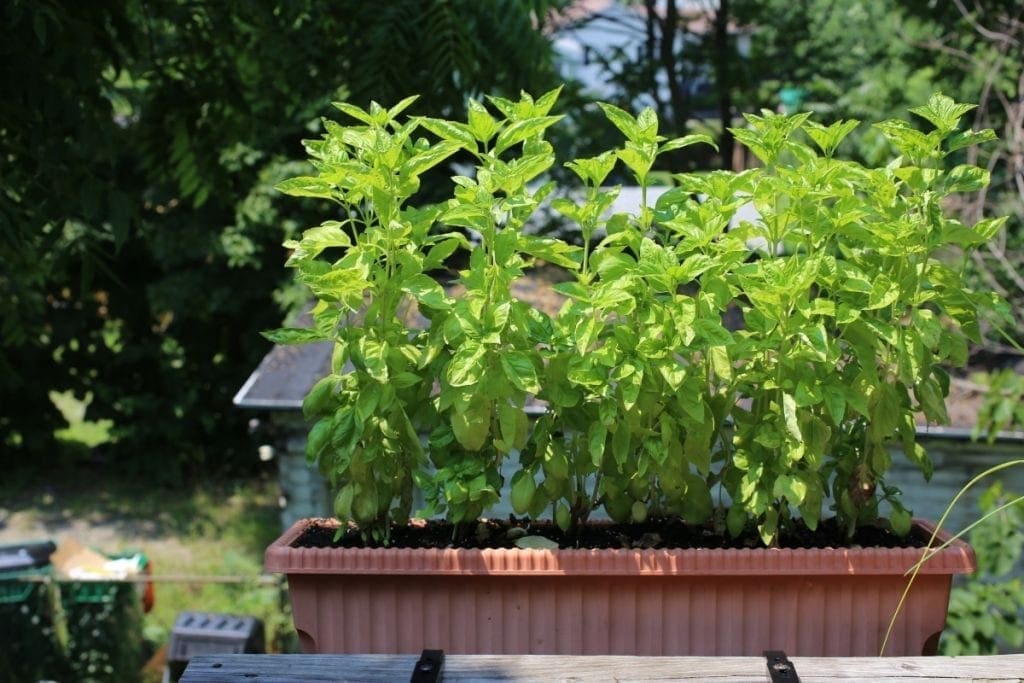 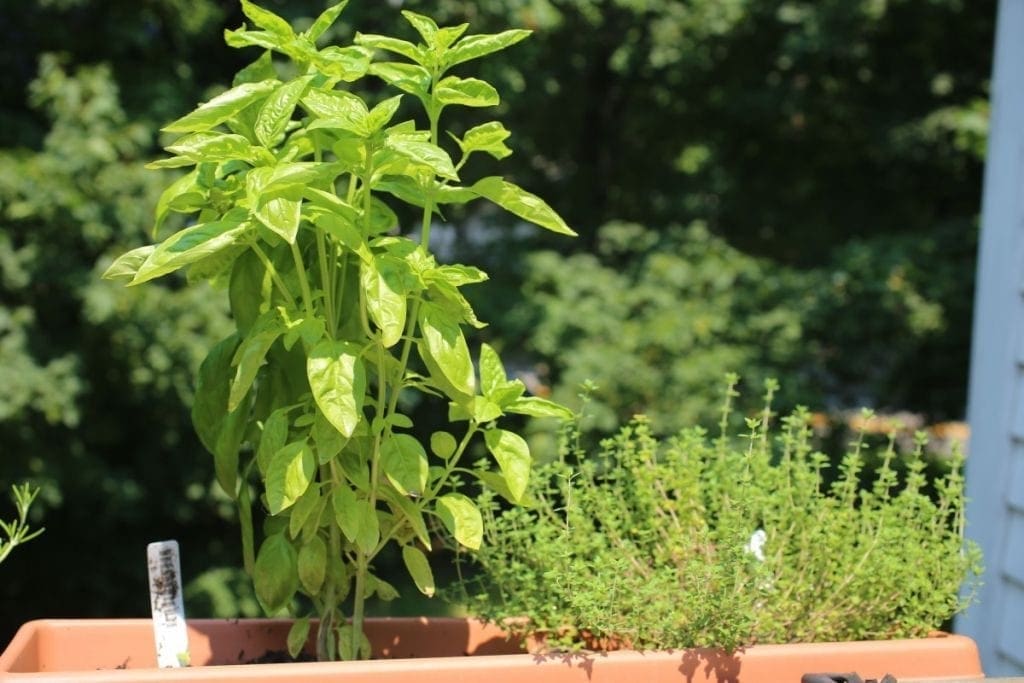 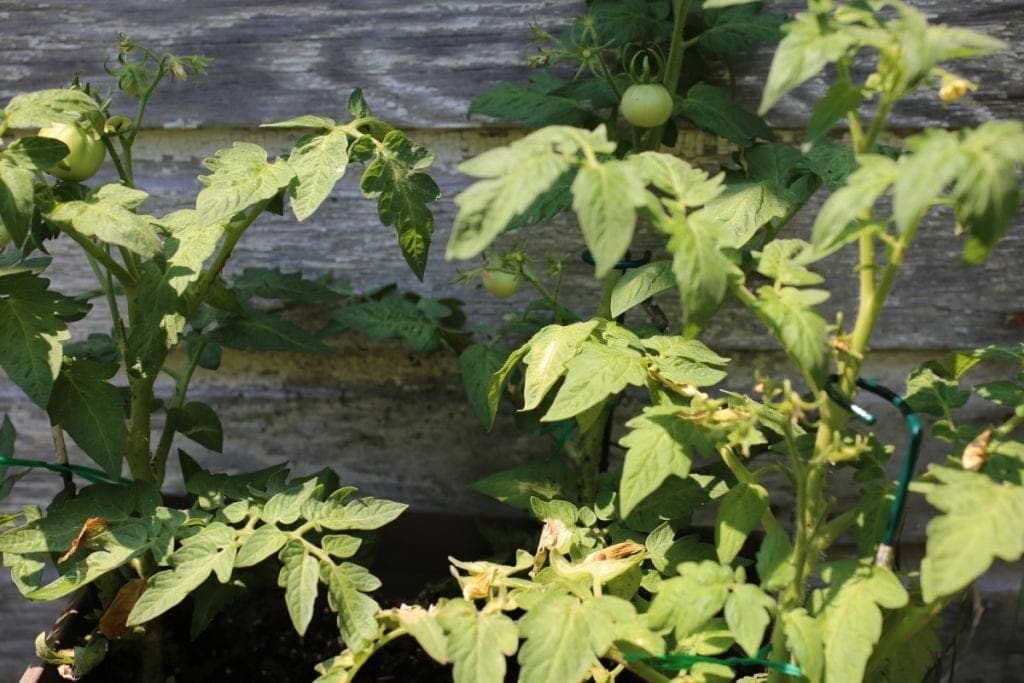 It’s all an experiment, but this is year one … everything is a learning opportunity at this point.