I know it seems like the only spring vegetable I’m excited about is ramps and that’s just not true (it’s kinda true). At the farmer’s market this weekend the ramps were pretty much over (gah, I’m now expecting condolence cards), but the beautiful, bright pink stalks of rhubarb were a fantastic consolation prize.

While we usually go straight for a rhubarb crumble (Matt actually made one and we meant to blog it but ate it too fast), this time I really wanted to go the cocktail route and for that I knew I would need a rhubarb syrup. 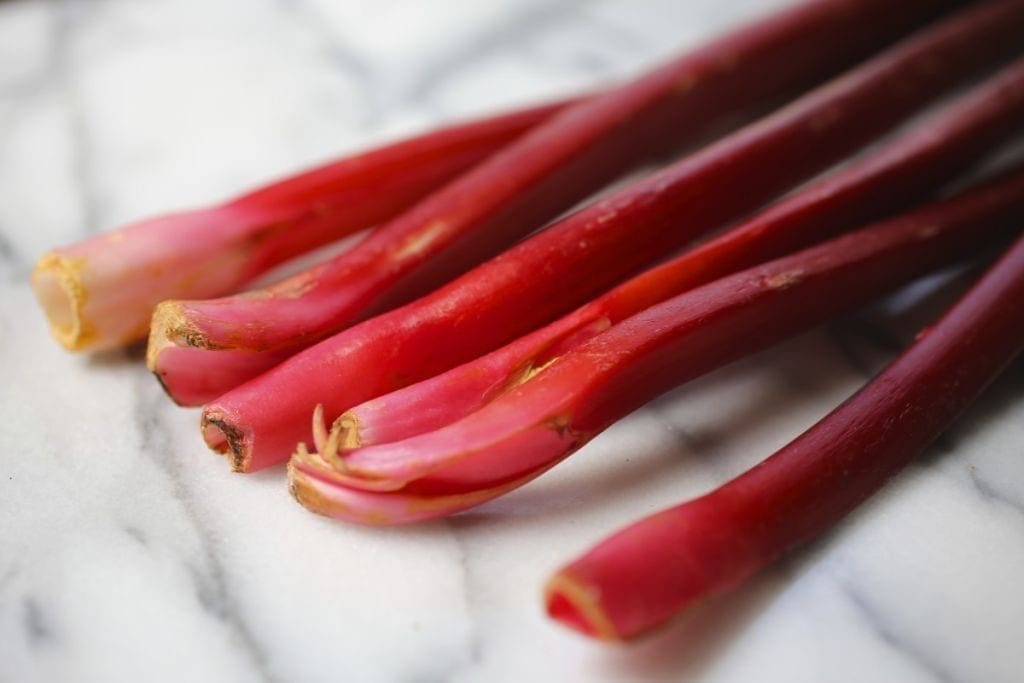 This really couldn’t be simpler. All you need is some rhubarb, sugar, water and if you’re feeling fancy, a bit of lemon peel or ginger.